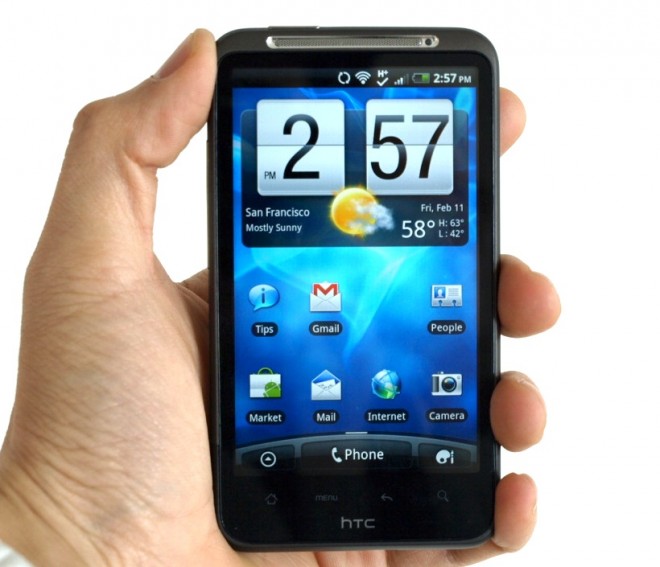 Just because we’ve seen the HTC Desire HD before, doesn’t mean there’s less to love its brother from another mother, AT&T’s HTC Inspire 4G. The sexy handset packs HSPA+ data connectivity, 1GHz processor, 8 megapixel camera, and a price that’s unbeatable. Still, with the introduction of devices like the Motorola Atrix 4G, is this handset up to snuff with the competition?

Read on to find out! 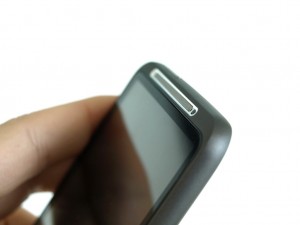 The Inspire 4G‘s design is just dead sexy. It’s aluminum unibody keeps its profile slim and compact, and gives it a nice industrial look. The front of the device is consumed by the 4.3 inch display, leaving room only for the four Android soft buttons, home, menu, back, and search, as well as the ear piece. The only things you’ll find on the front of the Inspire 4G is the LED notification light in the earpiece, and the HTC logo at the bottom. Glad they could squeeze that in there for us.

The left side of the handset houses the volume rocker, and below that you’ll find a small tab that allows you to take out the battery. The tab is somewhat hard to take off, and even more of a pain to put back on. After getting used to it, it will become less of an issue, but it’s hard not to think you’re about to break it. The top of the device remains clean, sporting only the power/lock button.

The bottom of the device sports the charging port, 3.5mm headphone jack, and microphone. The right side of the Inspire is clean, with nothing on it. You’ll find the 8 megapixel camera on the back of the Inspire, as well as the dual-LED flash, and dedicated microphone. To the right of the camera is the small speaker grill that is deceiving, as it’s plenty loud.

To access the SIM and microSD card, the bottom side of the back has a slide-out section that’s much easier to remove and replace than the battery door cover. You simply slide it off and you have access to your microSD card and SIM. 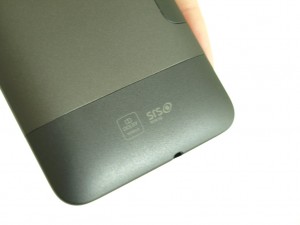 The Inspire 4G also supports AT&T’s HSPA+ 4G network, and it really shines when in the right place. I conducted a handful of trials with the Inspire in one hand, and my T-Mobile G2 in the other. While the G2 bested the Inspire in most trials (by small margins), there’s a lack of consistency with T-Mobile’s network, and HSPA+ for AT&T is much less spotty. On average, I was getting about 2.1-2.4 MBps with the Inspire, with peaks of 3.2MBps.

You’ll get different results depending on your area, so make sure to check your HSPA+ coverage with AT&T.

We put the Inspire 4G through its paces with some benchmarking apps to make sure it’s up to snuff with the rest of the high-end Android army. We used Linpack for Android, Quadrant Standard, and Neocore, ran each app three times, and averaged them out. Here are the results: 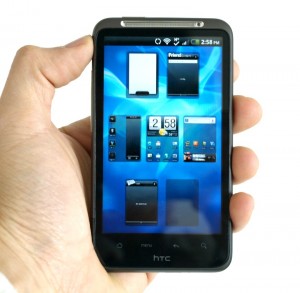 Well what do you know? Another HTC Sense phone. The Inspire 4G sports what is likely the most popular Android skin around, and Sense will probably keep that crown for the foreseeable future.  The Inspire 4G joins the Desire HD and Z with this sexy new version of Sense that offers up features that really show off the power of HTC.

Sense is a widget-heavy UI that’s done in style, and HTC provides an almost ridiculous amount of widget options to choose from, with more available to download. While other skins like Samsung’s TouchWiz has enabled this feature, HTC was first to make widgets scrollable back when they shipped the Hero. It’s very nice to scroll through your tweets or messages without having to tap an up or down button, and makes you feel like you’re already in the application when you’re not.

You’ll find an unrivaled amount of Android polish on Sense that only Honeycomb could possibly take on, and that’s saying a lot when you have so many choices available today. Sense skins almost every pre-installed application on the phone, with the exception of Google-made applications that make the experience extremely fluid throughout. Apple may be the reigning champion of marrying hardware and software together, but HTC comes in a close second, and is definitely number one when it comes to Android phones.

The Inspire 4G also supports HTCSense.com for cloud-based services like syncing your contacts, messages, and even an option to locate your phone if you lose it. These are great options that we had never seen before when it debuted with the Desire HD and Z, but since then Google themselves have made of HTCSense.com a bit obsolete.

HTC Hub is a part of their website, and gives you some of the manufacturer’s favorite applications that you can send to your phone through email. Sounds pretty great, right? Well it is, however Google recently launched the Android Market Webstore, which not only allows you to browse the Market’s entire catalog, but you can send the application directly to your phone and have it download and install instantly. HTC Hub may do it in style, but Google does it with ease.

Another feature HTC included in Sense that’s been eclipsed by Google’s own doings is the ability to pre-cache your Maps data so you no longer need to wait for the area to load. HTC provided a great feature to their users, but after playing with Google Maps 5, it’s hard to go back.

There’s plenty to love about Sense, and we’ll likely recommend a phone running Sense over any other Android device with a custom UI running on top of it. 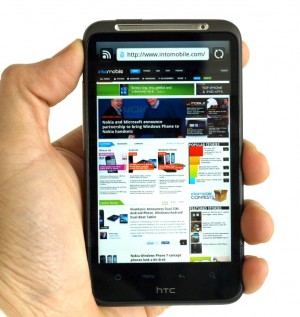 Just like any other Sense UI-toting device, the Inspire 4G’s web browser is a joy to use. Some customizations have been thrown in like a built-in RSS subscription option, and a much nicer thumbnail view for bookmarks. The browser may only be slightly tweaked from stock Android, but the changes make all the difference. That said, many of the optimizations can be found in third-party browsers in the Android Market, but HTC provides a slick UI that others have yet to touch.

The Sense UI music player is like night and day compared to the stock Android music player. A sliding tab with different options is provided with the player, and you’ll have access to your artists, albums, genres, songs and connected media. You can also customise the options by holding down on the tab to rearrange or remove unwanted options. Just like the web browser for Sense, there are many superior third-party music applications in the Android Market, but HTC offers up one of the best pre-installed players around.

Videos can be viewed from the Gallery application, but there’s also a dedicated video player that pulls content from your SD card, Facebook, Flickr, or other connected media devices. While it’s nice to have the option for videos, there’s little need for one since the gallery application provides a filter to just view videos. It will come down to personal preference when it comes to how you view your videos, but it looks like HTC was trying to give their users more options to access their media when it was unneeded.

The video player also gives you two options for optimizing the audio. Remember the Dolby Mobile and SRS Wow HD support we mentioned earlier? Well, unlike most devices that only offer one audio-tuning feature, the Inspire 4G offers both of the industry’s audio enhancement technology. Just tap on the Dolby icon in the lower left hand corner of the video player and you’ll instantly notice a more surround sound-like quality the audio coming out of your movie. Tap that same button again, and you’ll switch over to SRS Wow HD audio processing, which similarly adds more depth and warmth to the sound field. It’s nice to have both audio processing options, allowing you to customize the audio experience for different headphones, sound system speaker, or even the phone’s own speakers. 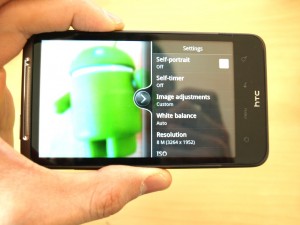 The Inspire 4G’s camera is a mixed bag, as it can produce some great shots, and some not so great shots. That said, the 8-megapixel camera shines in good to ideal lighting conditions. Pictures are sharp, vibrant, and look like they could have been shot with a dedicated point-and-shoot digital camera. When those good lighting conditions go away, though, you’d better be prepared for compromised image quality. Not even the dual-LED flash or the tap-to-focus autofocus can save you here.

On the upside, the tap-to-focus feature allows you to take some seriously artistic pictures and the easy settings menu makes it a breeze to optimize your white balance, special effects, and flash for your current conditions. Of course, you can just leave everything on auto and take your chances.

As with many cameras today, the quality suffers when in low-light conditions. The Inspire 4G is no different, and you can see what we’re talking about below. 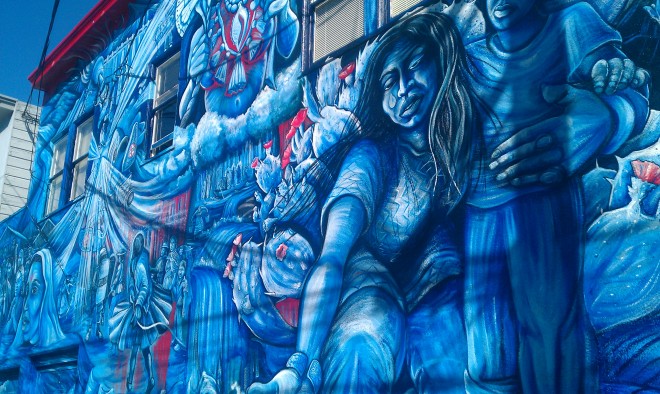 In optimal lighting conditions, the Inspire 4G takes pictures like a champ. 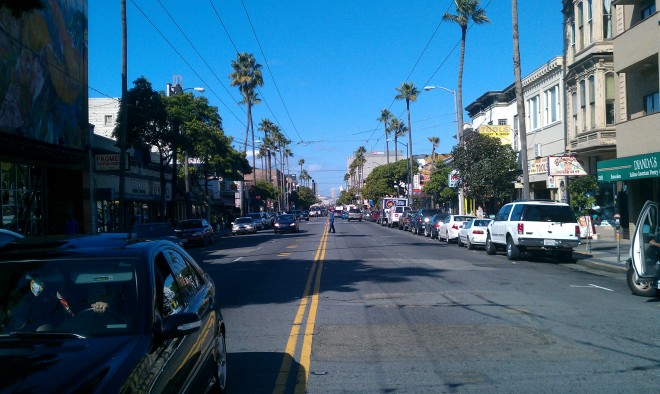 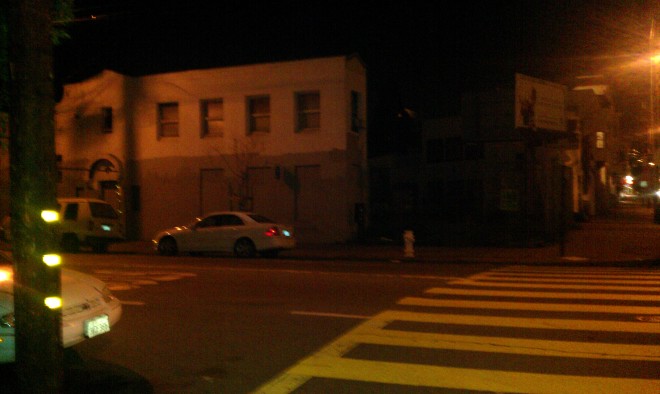 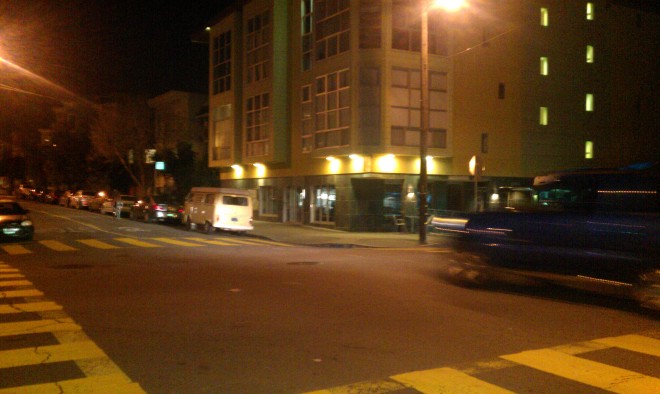 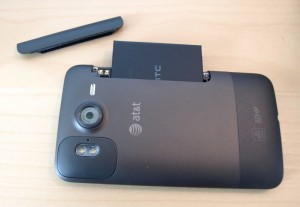 The call quality of the Inspire 4G is rather good, and I experienced no dropped calls through my tests. Impressive, right? The calls were clear on both sides, with minimal white noise coming in and out at times, but nothing that could interfere with the conversation. I’ve heard better call quality before, but I’ve also heard much worse, and the Inspire 4G as a phone does it’s job well. Your own mileage with dropped calls may vary.

Battery life, like most smartphones, varies on the usage. Even with heavy web surfing and listening to Slacker, the Inspire 4G definitely holds it’s on in the battery life department. This is not to say that the handset will survive longer than a day without charging, as you’d expect from most smartphones today. Still, kudos to HTC for making a powerful handset that can outlast some of the competition out there.

Wrap-up – Is this handset inspiring enough to buy? 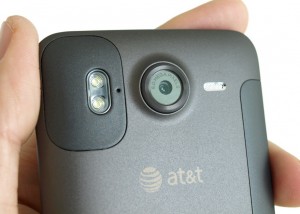 The Inspire 4G is hands-down one of the best Android handsets available for AT&T at the moment. The snappy processor and large display make web-browsing a dream, and can take any task you throw at it with ease. The handset itself is solidly built, with a design that will make some geeks swoon. But it’s the price point that really makes the Inspire 4G worth while. Giving the handset a very affordable price should ensure that AT&T will sell quite a few of these handsets, and if someone is looking for a sexy new Android phone for the carrier, the Inspire 4G will likely be our top pick.

That said, the handset isn’t the most powerful handset on the carrier, and those looking for something a little more power under the hood of their next phone should direct their attention to a handset like the Motorola Atrix 4G.

In optimal lighting conditions, the Inspire 4G takes pictures like a champ.

Philo, a social check-in app for television shows, recently announced custom rewards for those watching Two and a Half Men....