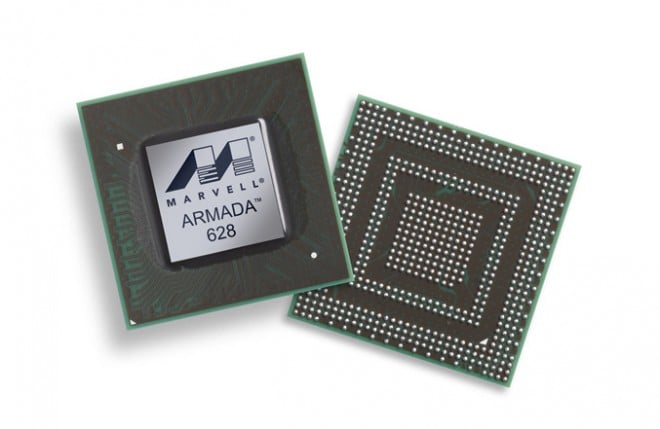 An anonymous source from Marvell says they were actually working on the BlackBerry PlayBook for six months before RIM ditched them and went with Texas Instruments and their dual-core 1 GHz OMAP 4430 processor instead. Previous rumours along this vein suggested that RIM missed a Christmas launch exactly because of this reason. Unfortunately, the tipster isn’t any more specific on why Marvell didn’t make it into the PlayBook:

“Marvell was having some serious problems getting the software to work with the hardware. The team was just taking too long and there were issues that weren’t being resolved quickly enough.”

The switch might explain RIM’s lengthy pre-launch period for the BlackBerry PlayBook; consumer interest would have dropped off to go all this time without any significant announcements, so might as well show off a mostly-finished product, even though it had one vital component that needed to be reworked from the ground up.

The BlackBerry PlayBook is due to drop before the end of the month with a 7-inch 1024 x 600 display, 1 GB of RAM, a 5 megapixel camera on the back, 3 megapixel camera on the front for video calling, Wi-Fi, GPS, 3G when tethered via Bluetooth to a smartphone, and a new QNX Neutrino operating system capable of handling multitasking and rich media like nobody’s business. Take a look at our hands-on video for the tour.

I think we can all agree that if Marvell was able to get their stuff and get the PlayBook out the door a few months ago, the tablet landscape would look significantly more different than it does now. Unfortunately for RIM, now the Motorola Xoom is out, the iPad 2 is coming out this week, and the HTC Flyer is likely right around the corner. Will the PlayBook be able to recover from the Marvell setback, or has the timeline irreparably nixed the tablet’s competitive edge?

We've been hearing about the MSI Windpad for sometime now, and it looks like it's showing off its goods in...