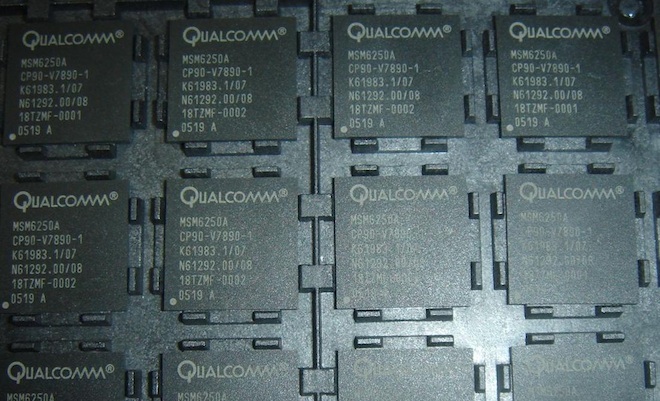 Qualcomm’s Chief Financial Officer, Bill Keitel, told an audience at the Morgan Stanley Tech, Media & Telecom Conference that during the first fiscal quarter of 2011 they achieved operating margins of roughly 30% on chipsets. That figure is going to dive down to somewhere between 22% and 24% by the end of this year and such a move is being done intentionally. Now why would they do such a thing? Wouldn’t it make more sense to continue making money hand over fist and keeping it in the bank for a rainy day, similar to what Apple does? Keitel says: “To help the market come about, we made the decision to come to market earlier at a lower price than we could have.” He goes on to say that over the next few years this mid-20% operating margin figure is going to be the norm.

On the topic of research and development, Keitel says that 17% of Qualcomm’s revenue will go towards making sure they stay on top of their game. Right now their focus is on ramping up 28 nanometer chips and of course accelerating their time to market for new hardware. NVIDIA beat Qualcomm, quite embarrassingly, at being the first to ship a dual core processor. Unlike NVIDIA however, Qualcomm gives their customers a completely integrated platform that comes with a CPU, GPU, and all the various wireless radios needed to make mobile phones and tablets. Let’s not forget the other players, Texas Instruments scored a design win when LG decided to use them for their first 3D capable smartphone. Samsung makes their own chips, but couldn’t make enough of them to stick in their flagship Galaxy S II. There’s also rumors going around that Nokia is going to use solutions from ST-Ericsson for their Windows Phone 7 devices.

In summary: There’s a healthy level of competition taking place right now in the chipset space.

While operators in many developed markets are starting to kill off their unlimited data plans in an effort to stop...