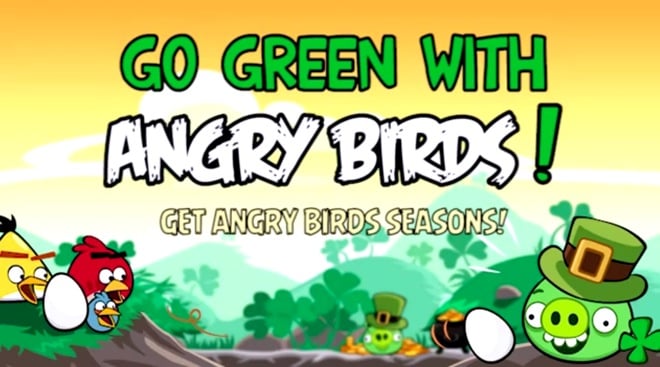 Angry Birds has been one curious phenomenon. The game has been downloaded over 30 million times for Android alone, and it has even penetrated the mainstream media. Famous actors and school kids alike have found themselves addicted to the popular game, and the company behind it, Rovio, is looking to expand. As if making a killing off the app, which is available on all major mobile platforms, Rovio is receiving a $42 million investment from Accel Partners.

We’d heard Rovio, the company behind the Angry Birds game franchise, was out in the market looking for cash, but never did we think that it would end up raising $42 million in Series A funding from Accel Partners and Atomico, the venture fund started by Skype’s co-founders. Leading super angel fund Felicis Ventures also participated. Niklas Zennström, who also co-founded Kazaa and Rdio, will be joining the board of Rovio.

Perhaps its success isn’t strange after all. We’ve seen similar successes with comic books that have spawned video games, toys, TV shows and even movies. This time around, it’s just a different medium and direction: Angry Birds has spawned plush toys, live-action spoofs, game spoofs, animated shorts, comics and is even rumored to be in the works for a TV or movie deal, too.

Hats off to Rovio and everyone behind the Angry Birds game, but for this editor, there is such a thing as Angry Birds overload. I haven’t seriously played the game since late last spring or early summer. Blasphemous? Maybe. But when you have a long subway commute and leisurely lunch hours and sleepless nights in bed, and all you ever do is play Angry Birds, there will come a time when you never want to hear the cacophony of cackling birds and oinking pigs ever again.

Owning an iPad 2 may cost more than Motorola Xoom, but do you care?

When the iPad 2 was announced and Steve Jobs told the world that it would be priced just like the...