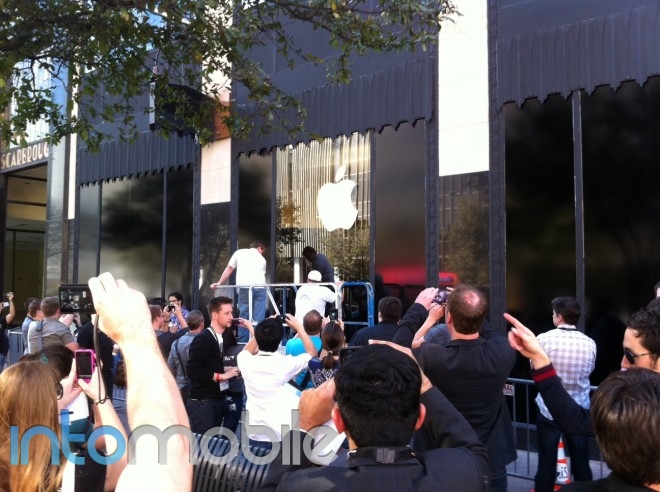 You’ve check out our comparison charts and you know what we think about it but the Apple iPad 2 will go on sale soon and you can follow us live from SXSW 2011.

If you recall, some of the IntoMobile team camped out overnight last year and livestreamed the launch of the original iPad. While it’s not quite as extreme this year, you’ll be happy to know that some of the team has been sitting in lines for hours already to be one of the first to get the latest tablet.

The iPad 2 is not a revolutionary leap above the original but it boasts enough improvements to make many want it. It now has a dual-core A5 processor and this could make performances up to twice as fast. Apple is also promising 9X better graphics improvements and we’ll likely see that bear fruit when some games are written specifically for this. There are going to be a few new apps which take advantage of these improved specs but it’s going to take time for developers to really utilize the horsepower.

The biggest addition may be the inclusion of multiple cameras, including one in the front to enable the iPad 2 to make video calls via FaceTime. With the FaceTime, users will be able to make calls to other iPad 2 owners, iPhone 4 users or those with Macs who have downloaded the app.

We’re live at SXSW and Apple knows that a lot of its audience will be in Austin, so it rented a 5,000-square foot space to create a pop-up retail store. Considering that many members of the tech press is here, we don’t think it will have any problems moving units. We’re going to go live near the 5 p.m. CST launch so keep on checking our UStream channel below for some of the fun.

If you’re absolutely sick and tired reading all of the iPad 2 news that’s hitting our site today, then let...