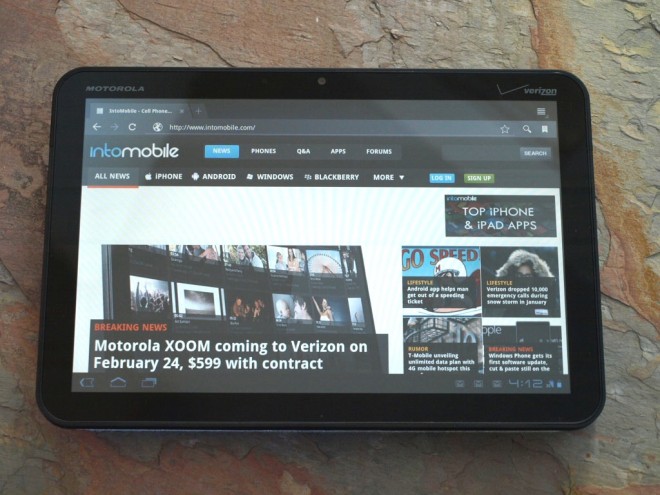 When word of the Motorola Xoom shipping without Flash was released, most of the tech world were baffled at the move. After all, Android’s one big advantage over iOS was its Flash support. So why would a flagship Android tablet ship without Flash support? Adobe responded that it would be arriving some time in the spring, which really wasn’t too far away from the Xoom’s launch in late February. Today we learned that Flash is updating to version 10.2 and will be available in the Android Market on March 18.

The new update will have enhanced features for Android 3.0 Honeycomb, the version that the Motorola Xoom is running. Adobe said that it was working very closely with Google for this update, so perhaps it wanted to get the update right before releasing it to the public. While it’s a general release for Android 2.2 Froyo and 2.3 Gingerbread, it’s only going to be a beta release for Honeycomb on the Xoom.

According to the Adobe blog, here’s what we can expect specifically for Flash 10.2 on the tablet:

Deeper integration with the Android browser rendering engine (Android 3.0.1+ only)

Deeper integration of Flash Player and the enhanced Android 3.0 browser delivers faster and better rendering of rich, interactive web content resulting in a browsing experience similar to the desktop.

Flash Player can now render content as part of the web page along with other components such as HTML, images and gif animation. As a result, users will experience:

Those are some pretty big improvements, and the experience should be a bit smoother on Honeycomb and on the Xoom compared to how it had been for some users on the Galaxy Tab. So if you’re a Motorola Xoom owner and you feel like you’ve been relegated to iPad status without Flash, look for the update in the market on March 18.