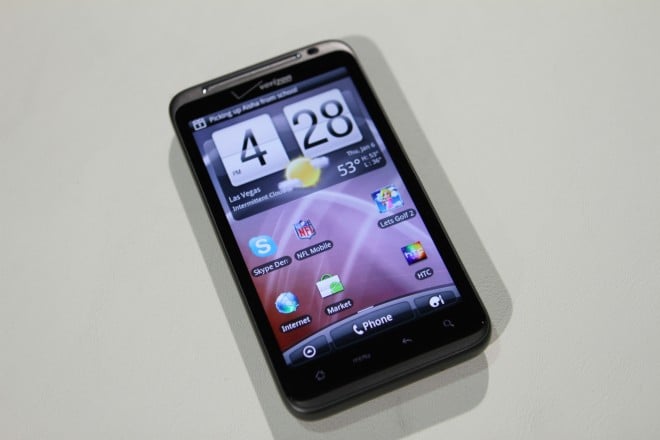 The end is near. The end of waiting for the HTC Thunderbolt to arrive, that is. Apparently, those who had put down a deposit for Verizon’s first 4G LTE Android handset are receiving calls from Best Buy and are getting an ETA of March 17th.

Best Buy has been sending out e-mails and calling customers who pre-ordered the device to confirm the March 17th date, but also say that a follow-up will be sent out for appointments. This makes us think that the date could possibly shift, but we can still believe that the Thunderbolt will debut sometime this month.

Another nugget of information that lends itself to the March 17 date is that Big Red’s distribution center now has the powerful handset “in stock,” giving another ray of hope that the lightning has struck. Now we’re just waiting for the thunder sound. We’re hoping that whatever held this handset’s release back, and that’s to say there in fact, was a delay, it’s all been worked out and ready for the taking.

If the previous two semi-confirmations wasn’t enough for your, then the last may make you a believer. @YourLocalVZW on Twitter has confirmed that it is expecting to see the Thunderbolt hit shelves on the 17th as well. We can only hope this turns out to be true, as potential buyers have been waiting long enough. Will we be surprised if we don’t see the handset available on the 17th? Not really, but it does seems like the waiting chapter is coming to a close.

At this point, the Thunderbolt may have lost some of its luster, especially after hearing that both the Samsung Stealth and the LG Revolution have hit the FCC. While LG’s or Samsung’s offerings aren’t necessarily superior, more options are always great to have. That said, the Thunderbolt is still one sexy device that will still likely be a huge hit, so HTC need not worry too much.

If you pre-ordered the Thunderbolt, have you received a call or e-mail from Best Buy yet?

[UPDATE: Looks like WireFly.com is opening up pre-orders for the Thunderbolt at 3:00 AM EST tomorrow morning. We should expect an official announcement very soon from Big Red themselves.]

When Sony Ericsson released its first Xperia Play TV spot last month, the ad was nothing short of the word...