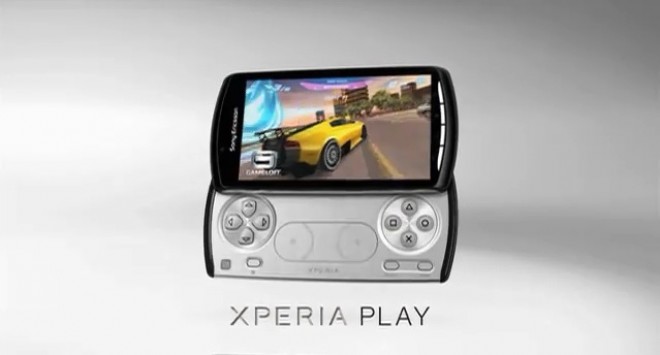 When Sony Ericsson released its first Xperia Play TV spot last month, the ad was nothing short of the word “creepy.” What was initially thought to be an ad just to grab some attention now looks to be just the beginning, as Sony Ericsson’s new ad continues the story of the opposable thumb-toting Android guy by telling you just where the appendages came from.

The world’s first Playstation-certified device hit the FCC with Europeon 3G bands earlier this month, but we can expect it to land on US shores – and Verizon shelves – sometime this year as well. Packing a 1GHz Qualcomm CPU, 4-inch capacitive, multitouch display, 5-megapixel camera with LED flash, and Android 2.3, the Play should appeal to heavy gamers that can’t go half an hour without playing some Playstation Classics.

The handset will be first to take advantage of Sony’s Playstation Suite store, which gives users access to a large assortment of original Playstation games, but it won’t be the only device to sport the suite. Recently we learned that Sony will allow NVIDIA Tegra 2 devices to take advantage of the Playstation suite, and although it was taken out of the release, it looks like the store will eventually support Playstation 2 games later on down the road. If that rumor turns out to be true, it doesn’t necessarily translate to the Play receiving these PS2 games, as they may need some dual-core power behind them.

As far as the new ad goes, it’s on the dark side, as one could expect. A Joe Shmoe details what had happened to him the night before he lost his digits, which plays out similarly to the kidney heist urban legend – minus the bathtub full of ice. The tagline for these ads has been, “Android is ready to play,” and the introduction of the Play, as well as the Playstation suite, should hush those saying that the OS doesn’t have a decent selection of games.

We get your point Sony Ericsson, so stop creeping us out.