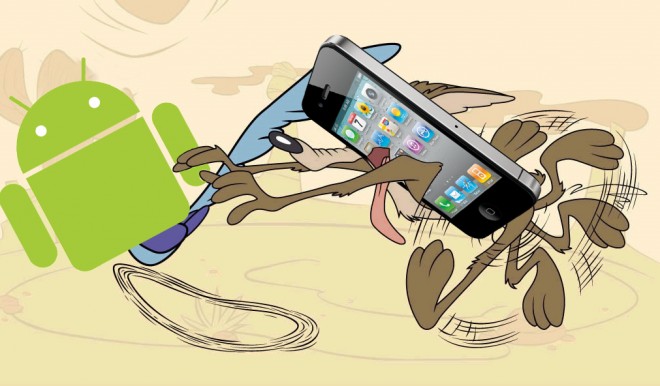 With all the talk about the iPhone getting a better JavaScript engine and an enhanced version of Safari in iOS 4.3, one wonders how well it performs against Android. Well, an independent company decided to put them to the test. The results? Android loaded pages 52% faster than on iOS 4.3, but there are a few catches and things to consider.

The Web page load times were about a second apart for the two devices in a study that amassed 45,000 load tests in all. For Android 2.3 on the Google Nexus S smartphone using a version of Chrome, the median load time was 2.144 seconds, compared to 3.254 seconds for iPhone 4 on iOS 4.3 running a version of Safari, according to the study.

Blaze used Fortune 1,000 Web sites for the tests, running the Web page loading tests repeatedly over Wi-Fi and 3G wireless connections with nothing else running on the phones at the time. The Android phone was faster than the iPhone in loading 84% of the tested Web sites. “Android wasn’t just faster overall, but rather provided a faster browsing experience four times out of five,” the study said.

I’m not exactly sure what CW means by “using a version of Chrome,” and why they could simply state whether the default browser was used. At the very least, Blaze Software, the company that ran these tests, made sure to run the tests thousands of times with a thousand websites. Other browser tests, which typically include simultaneous loads of about three or four web pages, can sometimes be inconclusive.

Browser speed is pretty important if you spend a good chunk of your time on your phone’s browser versus other applications. And I’m sure that all these precious seconds add up over time. Think of all the seconds saved with Android! Oh, and Android runs Adobe Flash, too. Let’s not forget that.

So, what does this all mean? Well, 50% faster sure sounds pretty dramatic, but when you look at the results, it’s really only about a second faster. One. Second. Faster. Cue all the comments asserting Android’s superiority over iOS… now.

[Update]
Ran into some interesting information on SlashGear just now that sheds a bit of new light on this test. It turns out that these may not translate into the real world at all, and that the tests weren’t actually run on the mobile browsers from the devices! This leaves me wondering: why do the test at all?

Traditional benchmarking, Blaze suggests, is generally custom-created and doesn’t relate especially well to the real-world. SunSpider and other tools, the company claims, don’t reflect actual user experiences. Instead, Blaze used a homegrown browser wrapper app – available to try from its site – to time loading speeds on 1,000 different sites, loaded onto an iPhone 4, Nexus S and Samsung Galaxy S. The eye-catching “52-percent faster” figure is based on median load times across all of the pages: on iPhone it was 3.2 seconds, whereas on Android it was 2.1 seconds.

The report also points out in the appendix that their tests on both devices were not actually done in the devices browser themselves but rather used the proprietary software Blaze created, noted above, to track the browsers performance.

Still, it turns out that some of the performance tests were relevant, but when this all boils down to just a few seconds, how much of a difference does it make to you? Feel free to let us know in the comments!