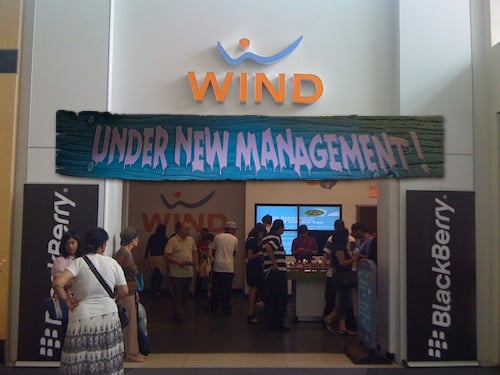 Following several months of wrestling with investing partner Telenor and a shareholder vote today, Russian service provider VimpelCom has been given the go-ahead to acquire Canada’s Wind Mobile and various other assets from Egyptian parent company Orascom for $6 billion. The transaction should be completed in the first half of 2011, and will make VimpelCom the sixth-largest carrier in the world, behind China Mobile, Vodafone, SingTel, América Móvil, and Telefonica.

The move is largely perceived to be a positive one, as Wind Mobile in Canada still needs a lot of help against incumbents Rogers, Bell, and Telus. Wind Mobile had a presence in Greece, but Orascom’s holding there disappeared in December as a result of an economic nosedive in the area. In any case, Wind Telecomunicazioni in Italy will also benefit by way of enhanced roaming agreements in Russia and further industry expertise at their disposal.

“The approval of this transformative combination with Wind Telecom by our shareholders will lead to the creation of a new global telecom player with over 173 million mobile subscribers covering a population of 838 million people. The combined group will have a significantly diversified revenue base, substantially larger scale of operations, and potential synergies estimated to be US$2.5 billion on a net present value basis. This transaction and the shareholder vote underscore the Company’s dedication to delivering substantial value creation for shareholders and our commitment to corporate governance excellence.”

To be honest, I’m going to miss having Orascom involved in Canadian wireless. Their head, Naguib Sawiris, had balls the likes of which we haven’t seen on a CEO since Anssi Vanjoki. Don’t think so? Check out this interview with him and tell me otherwise. I’m curious to see what this means exactly for Wind Mobile in Canada; it’s possible VimpelCom will just want to slice up Wind Mobile, sell the parts, and get the hell out of Dodge, or maybe they’ll keep things running the way they are – investing heavily, and working to capture a largely untapped wireless market. If they did pull out, that would leave Mobilicity as the only real alternative to Rogers, Bell and Telus, but how that situation would end up is another thing altogether.

You can find more details here in Orascom’s press release.