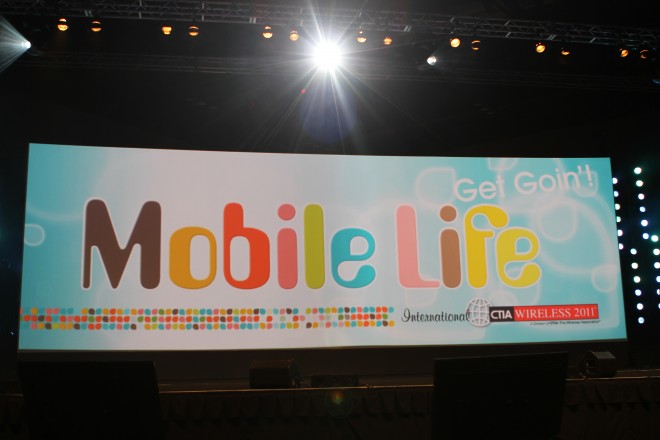 We’re live at CTIA 2011 in Orlando for the Day 1 keynote address, which is expected to include a roundtable face-off between the CEOs from the Top Four carriers in the US – AT&T, Verizon, Sprint, and T-Mobile.

Of course, this takes on much more meaning now that AT&T plans to buy T-Mobile and the Magenta carrier was scheduled to be here to discuss the deal but it backed out due to “extenuating work demands.” Right.

The sparks may fly during this CTIA day 1 keynote, as Sprint has already come out against the deal by saying that it would be a dramatic change for the industry and could hamper competition and innovation. Sprint CEO Dan Hesse could reiterate those points during this event.

Verizon hasn’t really made much of a stink about the deal, as the company has publicly said that it won’t waste time by trying to block the AT&T-Mobile deal but that doesn’t mean that it can’t make a few snide remarks.

With AT&T CEO Ralph de la Vega, Verizon CEO Daniel Mead and Sprint CEO Dan Hesse on stage in just a few minutes, this is bound to be fun.

Well folks T-Mobile is inching closer to the G-Slate launch and now we know the amount they plan to charge...