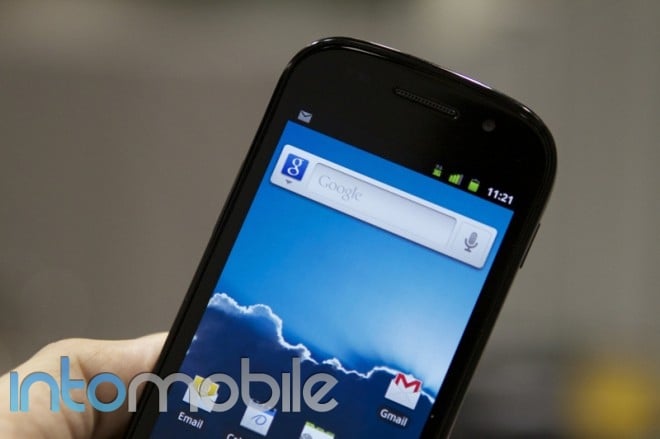 The Nexus S, made by Samsung, drew some initial praise for its slick Android 2.3 Gingerbread OS and its unique NFC (Near Field Communications) capabilities, but it’s so far been limited to the T-Mobile USA network. Sprint is changing all that with their own Nexus S 4G, and, as you might have guessed by the phone’s model name, it sports 4G WiMAX support. That means the Nexus S 4G will be able to pull down faster data speeds than its forebear, the original T-Mobile Nexus S (which didn’t support HSPA+, by the way).

Well, we found the Nexus S 4G sitting at Sprint’s booth here at CTIA 2011 Orlando, and we took it for a little spin. As we’d expected, the Nexus S 4G is physically no different from the Nexus S. Likewise, the software is little changed from the original version of the second-generation Google phone. We did notice that the NS 4G was running Android 2.4, but didn’t really notice any significant difference in the software.

So, what makes the NS 4G different? WiMAX 4G. If you drill down through the settings menu, you’ll find an option to enable/disable the 4G radio on the handset. This is one of those subtle, little features that can make a huge difference in the way you use your handset. You don’t always need 4G speeds, especially if your phone is just checking email and pulling down Twitter updates in the background. Being able to turn 4G off can save a lot of battery power, which is a big problem for other 4G phones – like the Verizon HTC Thunderbolt.

We’re told the Nexus S 4G will launch in “Spring” of 2011, so that means we’ll see this device going live within the next three months. Expect pricing to hit around the $200 on-contract price-point.

Opinionaided Asks Which Apps Are Actually Popular After SXSW. Pundits Are Wrong.

Opinionaided, recently reviewed on IntoMobile, decided to use its far-reaching user base to learn which social apps were considered popular...