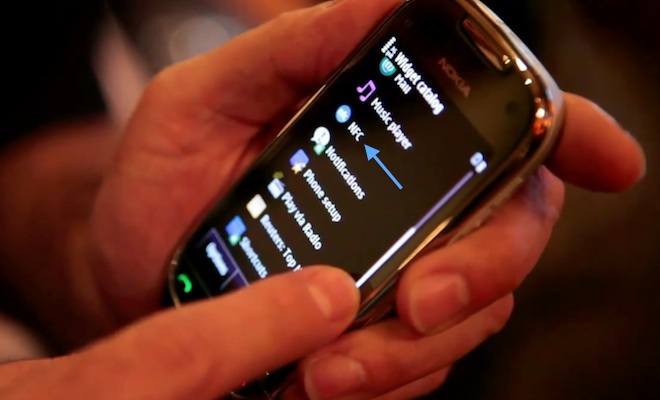 Nokia’s C7, which launched in Europe last fall and became the second smartphone to ship with Symbian^3, was recently announced for the American markets under the name “Astound“. It’s going to be sold by T-Mobile for $80 with a 2 year contract, which is cheap, but not cheap enough if you ask us, and one of the more interesting features it has is support for near field communication (NFC) technology. Now we’ve known for a long time that the C7 has NFC support built in, but Nokia, in an effort to get the device out to market faster, said that they’ll write the software to support said near field chip and ship it as part of a software update. This isn’t going to be the case with the Astound. It’s going to ship with support for NFC right out of the box, but, and this is a big but, it’s going to be turned off by default. Anyone who has ever tried navigating through Nokia’s menu system, trying to find the setting that’ll turn a radio on and off, will know how painfully frustrating the experience can be. Here’s hoping that there’s a simply NFC application a user can access with less than 5 key presses that will let them activate or disable one of the most important pieces of technology that will come out this year.

T-Mobile, along with Verizon and AT&T, have committed to making NFC take off in America when they formed Isis late last year. It’s going to be a joint venture that everyone will have an equal stake in and the goal is to get people making mobile payments using their operator as a trusted party versus a bank or some other entity like PayPal or iTunes. It’s not going to be easy, and we’ve yet to hear anything from Isis, but we’re cautiously optimistic this will work.

Nokia adds support for the Malagasy language to Series 40 [People of Madagascar, this is for you!]

Nokia has a lot of key strengths that many technology publications glance over. They make devices that are available at...