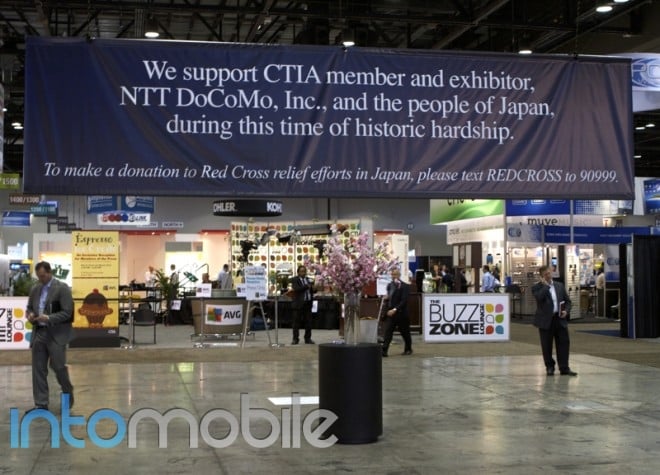 Anyone who was CTIA 2011 in Orlando, Florida this week would have noticed a huge, empty space where NTT DoCoMo should have been. Instead, there was a banner above the space and a single vase filled with cherry blossoms.

Many Japanese manufacturers and companies were affected by the earthquake that struck the country on March 11, so the wireless convention felt a little different. It felt a little empty.

For those of you who still haven’t donated to the charities and organizations making an effort to help in Japan, you still can. Earlier this week, we listed a number of short-codes that you can send text messages to in order to make a small donation to your chosen charity or organization. Every little bit helps. 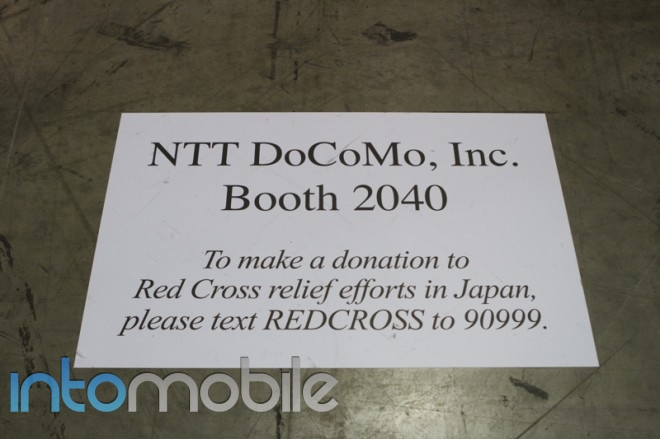 In addition to the notable absence of Japanese companies at CTIA, we can also expect the industry to be affected in the long term by the tragedy. Software manufacturers have been uprooted, and production facilities might see delays because of the damage and power outages.

It was really nice to see that the CTIA Wireless Association put up this memorial where DoCoMo’s booth should have been. The small floral arrangement was a somber reminder that not everyone who should have been there was fortunate enough to do so.