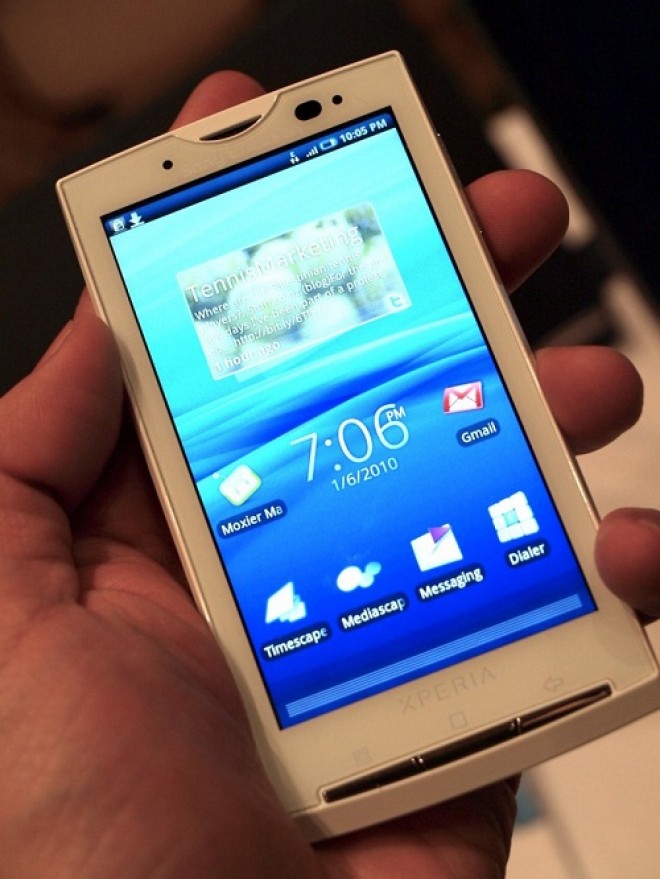 Looks like Sony Ericsson was inspired to do some good with their first Android phone, the Xperia X10. The handset that was never supposed to go past Android 2.1 OS will now receive Android 2.3.3 Gingerbread in the end of Q2 or early Q3.

The news isn’t completely amazing, however, as the update will be limited to generic trade kits, leaving the customized version for operators by the wayside. The latter versions, which would include the AT&T version, won’t be getting the Gingerbread update at the moment, with no definitive time as to when it will receive the update. This isn’t much of a surprise, as the US version of the device is still running Android 1.6.

The update should bring the X10 a similar UI to Sony Ericsson’s new line up of Xperia products, like the Arc and Play. When it becomes available, the update can be applied through PC-based upgrade clients, with no over the air update planned. Like other major updates of this kind, the Gingerbread update will erase all data on the handset, making you start from scratch. For any reason you may want to, downgrading back to 2.x will not be possible.

What’s even better to think of is that the dev community will likely be all over the new software once it’s available, allowing optimizations and tweaks to make the software an even better experience. This may also spell good news for those using operator customized versions of the handset, as we may begin to see some custom Gingerbread ROMs in the future.

For a phone that was never supposed to get multitouch capabilities, receiving the latest OS upgrade for Android sounds like a dream come true. However, doesn’t a Xperia Arc just sound so much better at this point anyway?