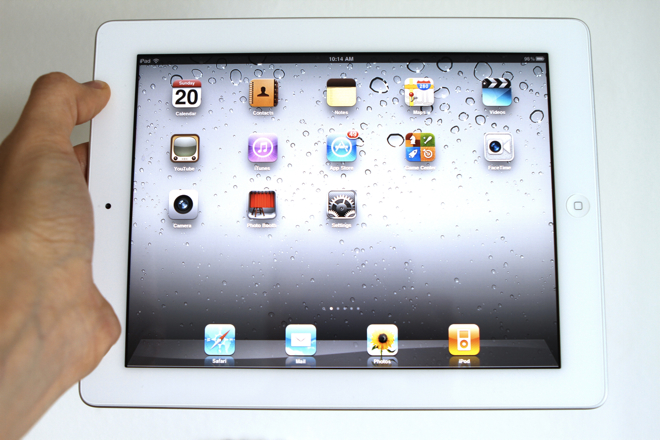 Although it has been available for over two weeks now, the iPad 2 has remained largely elusive for many consumers. Apple retail locations, along with other retailers of the tablet, have been out of stock for a while. A few Apple stores have received shipments here and there, but they do sell out quickly. Tomorrow, RadioShack joins the list of iPad 2 retailers and may sell out just as quick.

If you’re looking to grab the iPad 2, you might want to hit RadioShack bright and early — line up if you have to.

The successor to the original iPad, the iPad 2 is much thinner and lighter than its predecessor. It is also a bit faster, with a dual-core A5 processor by Apple, and it has two cameras — one on the rear for still pictures and 720p HD video recording, and one on front for video-calling. Another neat perk for the iPad 2 is its Smart Cover case: the case protects the screen and is fixed onto the iPad 2 with magnets – when the case is opened, it wakes the display and can be folded to act as a stand for the tablet. It’s a pretty nifty solution for the iPad 2 and seems to be selling equally well, too.

If you’re still on the fence about the new Apple tablet, be sure to check out our review here, and our quick hands-on and unboxing at SxSW in Austin, Texas here.

Ever since Angry Birds was released back in late 2009, it's been on a steady track to dominate the mobile...