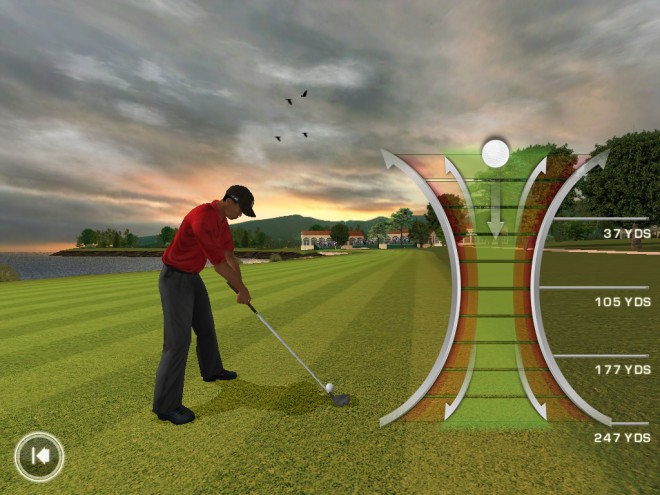 If you played last years Tiger Woods PGA Tour game, you’ll appreciate that this year’s game has a number of improvements. One of the first things you’ll notice is now all of the golfers and courses have received a dramatic change in graphics to take advantage of the iPad’s large screen and the iPhone’s Retina Display. After playing the game for some time this morning, I can tell you that the game looks great on both the iPad and iPhone.

The multiplayer modes have also received an update as you can challenge your opponents over Bluetooth or local WiFi in a number of matches, such as skins and match play. Tiger Woods PGA Tour 12 also has an option to link up with your Facebook account in order to take on your Facebook friends in the “Closest to the Pin” Facebook Challenge. Every two weeks, a new Par-3 hole will be chosen where you and your friends can tee off to see how close you can get to the pin and you’ll be ranked against everyone else on your Facebook friends list.

EA Sports has also released a free version of Tiger Woods PGA Tour 12 on the App Store that allows you to play a fully functional version of the Facebook “Closest to the Pin” challenge, and also three holes of the TPC Sawgrass course.