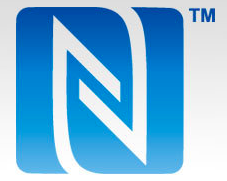 The Near Field Communications Forum, or NFC Forum, has just announced 32 new members, which includes Google. No surprises with the search giant joining the forum – after all, the first Android handset to come built with NFC capabilities is Google’s own Nexus S, which is made by Samsung.

NFC seems to be really taking off this year, and more manufacturers and merchants are looking to adopt the technology to simplify payments for users. But it’s not just about making it easier for us by having our wallets in our phones, either. NFC is poised to be a pretty big business for credit card companies, technology manufacturers and perhaps even merchants.

For additional details , see the press release below.

WAKEFIELD, Mass., USA – March 31, 2011 – The NFC Forum, a non-profit industry association that advances the use of Near Field Communication (NFC) technology, today announced that Google, Inc. is joining the organization as a Principal member. CSR and Intel, formerly Associate Members, have raised their membership status to the Principal level. Since its founding in 2004, the NFC Forum has drawn market-leading organizations from around the world to its membership roster as momentum builds for the adoption and implementation of Near Field Communication technology.

“The NFC Forum thrives on the active participation of global industry leaders and innovators such as CSR, Google, and Intel,” said Koichi Tagawa, chairman of the NFC Forum. “Their energy, ideas, and influence will greatly enhance the work of the Forum, as will the support of our new Associate, Implementer, and Non-Profit members from around the world.”

About the NFC Forum
The NFC Forum was launched as a non-profit industry association in 2004 by leading mobile communications, semiconductor, and consumer electronics companies. The Forum’s mission is to advance the use of Near Field Communication technology by developing specifications, ensuring interoperability among devices and services, and educating the market about NFC technology. The Forum’s 135 global member companies currently are developing specifications for a modular NFC device architecture, and protocols for interoperable data exchange and device-independent service delivery, device discovery, and device capability.