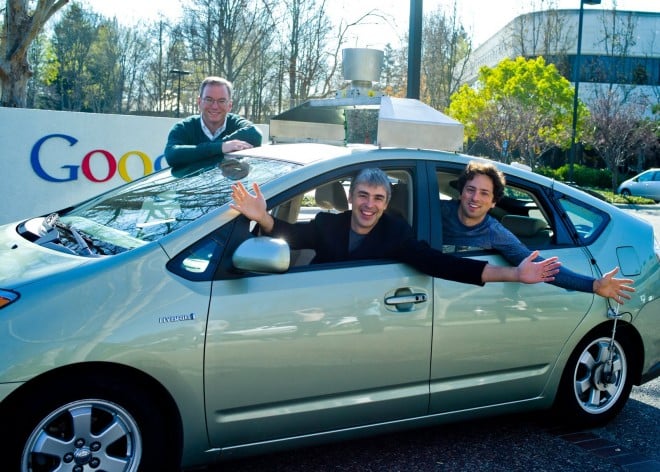 Today is the first official day that Larry Page takes over for Eric Schmidt as CEO of Google and Page’s reign may mean great things for everyone’s favorite little, green robot.

As CEO of Google, we expect Larry Page to make bigger pushes with Android and the mobile space and some of this may actually lead to some overreaching. Schmidt likes to joke that Page and Google co-founder Segey Brin purchased Android without his knowledge, so you can be sure that Android will continue to gain support now that it is rapidly climbing up the charts around the world.

Many reports suggest that Larry Page wants to return Google to its startup roots, where it innovates first and worries about monetizing and integrating later. I don’t think that’s actually possible now that Google is one of the largest companies in the world but the idea behind should empower the Android team. Look for Android director Andy Rubin to gain much more power within the company.

It’s not just Android though, as we expect Larry Page to make mobile a high priority during his tenure as CEO of Google. He is spending $900 million on his first day to try and acquire more than 6,000 patents from Nortel.

More than that, Larry Page may also invest in more radical forms of mobile technology. Page was a big proponent in getting Google to lobby for the unlicensed usage of white spaces and he even did a few press tours with the previous FCC chairman about white spaces (I was at one). This “WiFi on steroids” has the long-term potential to be highly disruptive if the right equipment is developed, so I wouldn’t be surprised to see the new Google CEO quietly invest a lot in this technology.

What do you think Larry Page should focus on as the CEO of Google?

Google appears to be on the cusp of purchasing more than 6,000 telecom patents from Nortal and the move will...