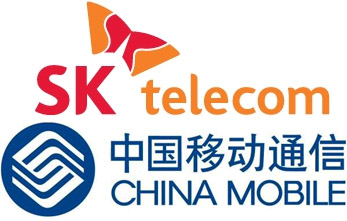 China Mobile and SK Telecom (SKT) have signed a Memorandum of Understanding (MOU) to jointly develop technologies focusing on next-generation networks, device platforms, machine to machine (M2M) services and the apps market. According to a statement from SKT, the two companies will commit resources to jointly research the “advancement of low cost, high efficiency next generation radio access network architecture, such as SCAN (Smart Cloud Access Network) and [the] set up [of] test beds for evaluation.” Moreover the statement talks about a “device software platform to provide application developers with better development environments” as well as app store cooperation in “WAC related areas.”

This is not the first time the two companies have partnered. Before this, the operators have worked closely on the development of LTE technology, particularly TD-LTE.

While China Mobile is looking for ways to increase its ARPU, SKT on its end wants to broaden its business portfolio beyond the borders of South Korea. Moreover the Korean company aims to establish itself as a “Global ICT Leader” in the Chinese market and “strengthen its technological leadership in the international market.” Previously, SKT held a 3.8% stake in China Unicom, but sold it in September 2009.

Leading South Korean operator SK Telecom is rumored to be interested in bidding for the bankrupt US video rental chain...