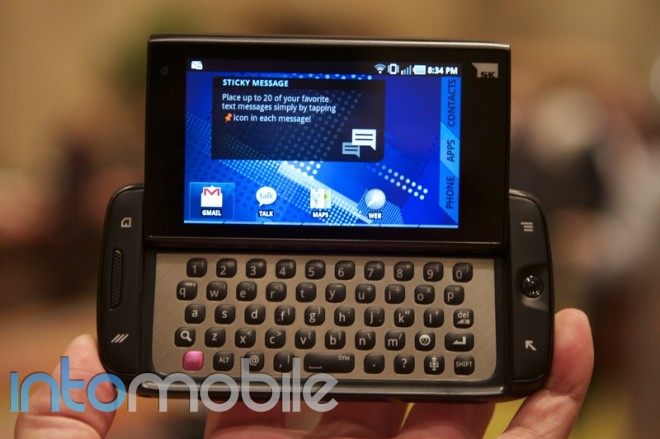 Sidekick fans, listen up! We’re less than two weeks away from the official launch of the next iteration of T-Mobile’s popular messaging device — the Sidekick 4G. We’ve already seen plenty of the Android device – yup, long gone is the Danger, Inc. operating system and reliance on its servers – and even though it’s made by Samsung, we’re still pretty excited about it.

T-Mobile confirmed on its Twitter account today that the device will be launching on April 20 where the device will join a growing line-up of 4G HSPA+ devices. Of course, we sort of already knew that when RadioShack spilled the beans last week.

In case you didn’t already know, the Sidekick 4G is running Android 2.2 Froyo and is made by Samsung, instead of Sharp or Motorola as we’ve grown accustomed to in the past. It also has a custom UI to set it apart from other Android devices, and of course, it’s 4G HSPA+ capable, which makes it the fastest Sidekick device ever. And because it’s no longer tied to the Danger servers, the one thing this Sidekick won’t be plagued with is all those outages that Sidekick users of yesteryear used to suffer.

Sidekick’s Group Text feature lets customers create, name, manage and participate in reply-all group text conversations, enabling them to lead their network in conversation and social planning. Group Text breathes new life into one of the most popular forms of messaging allowing Sidekick 4G customers to initiate and share the benefit of the application with SMS-capable devices from flip phones to smartphones. In addition, Cloud Text provides the option to text with friends or groups across platforms, whether from the comfort of their PC’s large screen and keyboard, or from their new Sidekick 4G.

In all, it’s not a shabby smartphone! It has all the perks you’d expect from Android 2.2, including Adobe Flash and access to tens of thousands of apps in the Android Market, but its design and keyboard are still similar to its predecessors. So, who’s going out to grab one?

You can find the Android OS virtually everything today, and that reach will only extend as time goes on. However,...