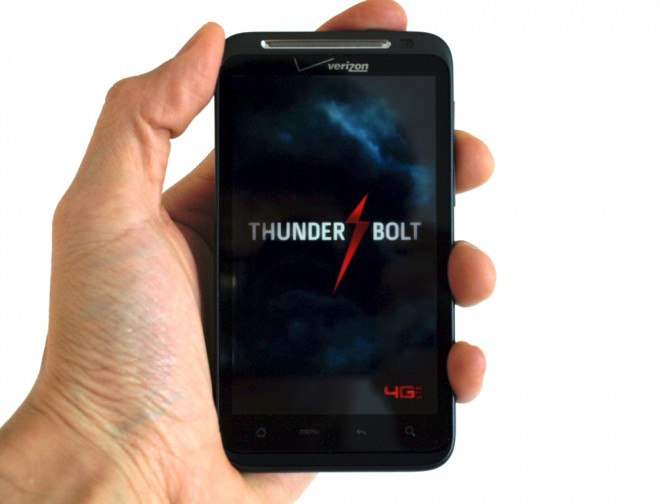 We just had a meeting with the HTC folk and they seemed pretty happy in general. I guess that’s what happens when your company posts record sales and profits and overtake Nokia in terms of market capitalization.

The company saw its net income triple to about $513 million for its first quarter and it saw sales more than double, primarily from its Android-powered smartphones. The HTC Thunderbolt has also been selling well and some reports even indicate that it outsold the iPhone 4 for Verizon over the last month or so.

Is the HTC Thunderbolt worth the hype? From our review:

The icing on this cake is the 4G LTE data connection. If you’ve never experienced a smartphone capable of pulling down wireless data at wired broadband internet speeds, not to mention being able to share that connection with friends via the Mobile HotSpot feature, you really haven’t seen the future of mobile tech. And, in that vein, the Thunderbolt, though it may surely be a first-generation LTE handset, is the face of things to come. We can’t wait to see what the Thunderbolt 2 will bring.

HTC said it expects to ship 8.5 million smartphone units for the next quarter and we expect that to ramp up as its new slate of devices hit the market. The EVO 3D will be hitting the market over the summer and the glasses-free 3D display could be a big hit.

HTC is also hopping into the tablet market with the HTC Flyer and the EVO View 4G. This 7-inch Android tablet is small enough to fit in your pocket so it may not be directly competing with the likes of the iPad 2 or the Motorola Xoom. It’s too soon to tell how successful this will be on the market though and I’m still not sold on the usefulness of the capacitive stylus.