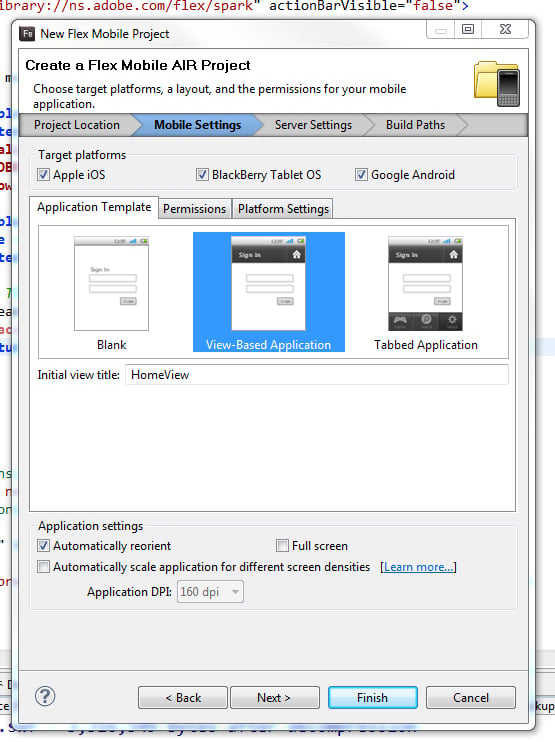 On top of launching the Photoshop Touch SDK, Adobe today announced Flash Builder and Flex SDK 4.5, which will be able to make apps for Android, and starting in June, for QNX (as found on the BlackBerry PlayBook) and iOS as well. The idea here is that Adobe could provide a tool for developers to get their apps onto multiple platforms at once. Of course, Flex and Flash Builder would plug into Adobe’s various other products that could be used in building assets across the whole app production cycle.

As is, Adobe already plays nice with the BlackBerry PlayBook through an AIR SDK, but iPhone and iPad are a slightly different story. After a lengthy tiff over third-party developer tools, Adobe eventually had to find an HTML5 workaround. . Android has been at the forefront of Flash support for a long time now, so it’s no surprise that it’s working with the new tools right away.

For a quick look at how Adobe Flex and Flash builder work for making mobile apps, there’s a great walkthrough here, or you can get started now by downloading an early release of the SDK here.