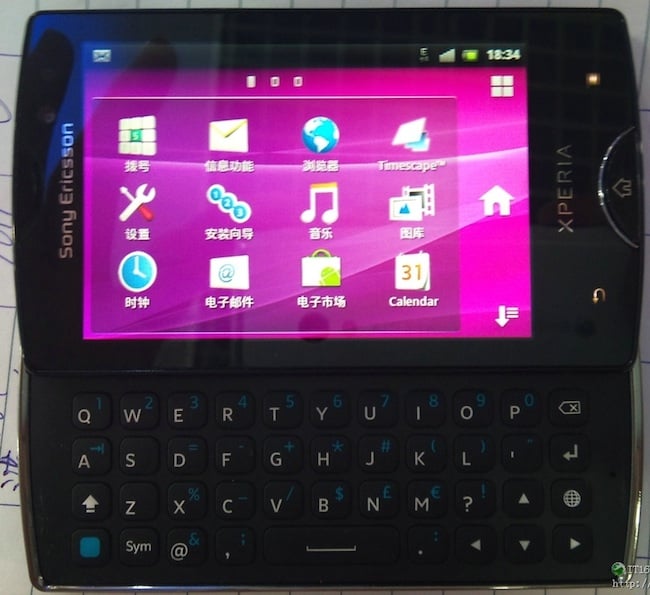 Sony Ericsson’s successor to the X10 Mini Pro is quickly earning itself the title of one of the worst kept secrets in the Android world. We’ve seen this handset leaked numerous times, and today we get a set of photos that give us the clearest look at what we can come to expect from this diminutive smartphone. We also get an updated spec sheet too: 1 GHz processor, 5 megapixel camera that can do 720p video recording, and a 3 inch screen with a resolution of 320 x 480 pixels. Also notice the tweaks Sony Ericsson made to Android 2.3 to make the device easier to use. That same corner UI from the previous generation of X10 Mini devices gets to live another day, although we question how it’s going to impact software updates since it so fundamentally alters to default Android interaction model.

With 4 inch screens quickly becoming the norm, and Apple’s next iPhone rumored to hit 4 inches as well, is there space in the market for devices that are this tiny? Absolutely, in fact we appreciate folks like Sony Ericsson and HP/Palm working to serve a market segment that’s increasingly being ignored as the race to make the brick you shove inside your pocket larger and larger keeps continuing. The screen resolution on the SK17i, the internal codename, finally makes it useful for the slew of Android applications that already exist. The previous X10 Minis could only do 320 x 240 pixels and that severely impacted compatibility with apps.

Now we just need two more pieces of information to judge how successful this device is going to be: price and launch date. If it’s too expensive, people are going to opt for something with better specifications. If it comes out too late, meaning after back to school season, then it may as well not even come out since they’ll be better devices out on the market.

Motorola may have brought the world the first Android 3.0 Honeycomb tablet, but it looks like they have something else...