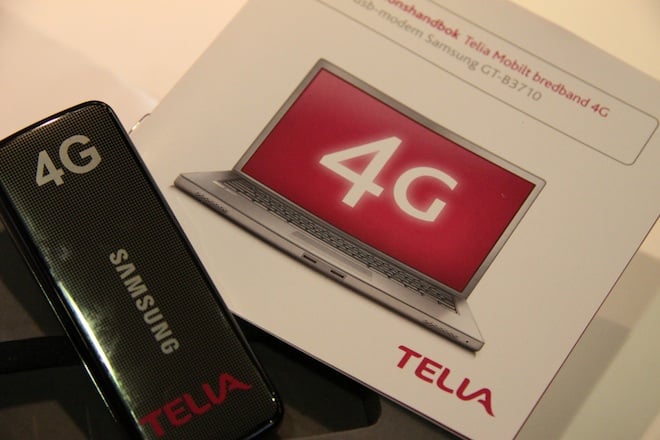 As operators all around the light up their LTE networks we like to take note of just how fast they are and how much you have to pay to ride the high speed pony express. In Finland TeliaSonera launched an LTE network in November 2010. They price it at 46 Euros per month, no data caps, no speed caps, but you need to sign a 2 year contract, so just how fast is it? Independent testing done by UK firm Epitiro shows that on average customers can expect a download speed of 36.1 Mbps, with peak download speeds reaching 48.8 Mbps. In terms of latency, the average was 23 milliseconds and the worst case scenario was 38 milliseconds. How does this compare to TeliaSonera’s 3G network? Epitiro tested that too, and they found average speeds hitting 4.1 Mbps, and an average latency of 117 milliseconds, with a worst case scenario at over half a second. That’s nearly 9x faster on the download and 5x faster in the latency department. Coverage is still limited to the cities of Turku and Helsinki, and even then it’s not the whole of Helsinki, so it’s going to be quite some time until the entire Finnish population gets to enjoy these levels of performance.

Now what about other LTE networks? The most notable are TeliaSonera’s Swedish LTE network, the first LTE network to launch, and Verizon’s 4G LTE network, the first to launch in North America. Over in Sweden customers are getting download speeds that peak at over 80 Mbps, which could point to the use of wider channels. They also have a cap there of something like 30 GB, which isn’t too bad, except you’re paying roughly 80 Euros/month for service. And down in Freedom Land Verizon’s network goes from 10 to 20 Mbps, but you only get 5 GB for $60/month or 10 GB for $80/month, and that’s pure highway robbery.

Motorola and Huawei kiss and make up, drop all pending lawsuits

Motorola and Huawei have been embroiled in a dispute over trade secrets and intellectual property that was spurred by Nokia...