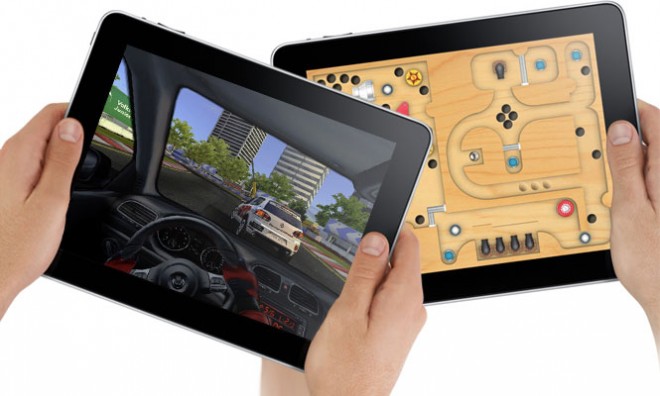 I’ve always been interested in how mobile games are quickly becoming the premier experience when it comes to gaming on the go. I own a Nintendo DSi and a Sony PSPgo, but neither one of these devices get as much love as my iPhone and iPad when it comes to gaming. It seems like I’m not alone as some recent numbers were released showing just how much mobile platforms have made in comparison to dedicated portable gaming devices.

According to a recent report from Flurry Analytics, which is a mobile analytics firm, over $800 million was generated between both Apple iOS & Android OS in 2010, which are currently the two platforms that have a strong gaming presence. Not only that, but the amount of people gaming on their mobile devices has also jumped from 5% in 2009 to 40% in 2010. The reason for these astounding numbers is due to a recent spike in Android gaming, as well as the introduction of the iPad. Another thing I found interesting is mobile gaming outsold PC gaming last year for the first time ever as PC games only sold $700 million in 2010.

We all knew mobile gaming was starting to concern Nintendo and Sony as they prepared to release new dedicated portable gaming devices to consumers. Nintendo released the Nintendo 3DS a couple of weeks ago which allows users to experience glasses-less 3D, but launch titles for the device aren’t worth its hefty $250 price tag. As for Sony, their Sony NGP (aka PSP2) was announced earlier this year and it looks to be one hefty handheld device as it has a 5 inch OLED touchscreen, a quad core ARM Cortex A9 processor, a front and rear camera, and some other fancy bells and whistles. As of now, the Sony NGP hasn’t received a price or launch date. I’m sure we’ll hear more about Sony’s upcoming handheld gaming device when E3 goes down this June, but I still think it’s too little too late for both Nintendo and Sony at this point in the game.

The Sprint Samsung Replenish is an eco-friendly Android

Sprint is making a big push with its green initiatives and it has just launched its first eco-friendly Android phone,...