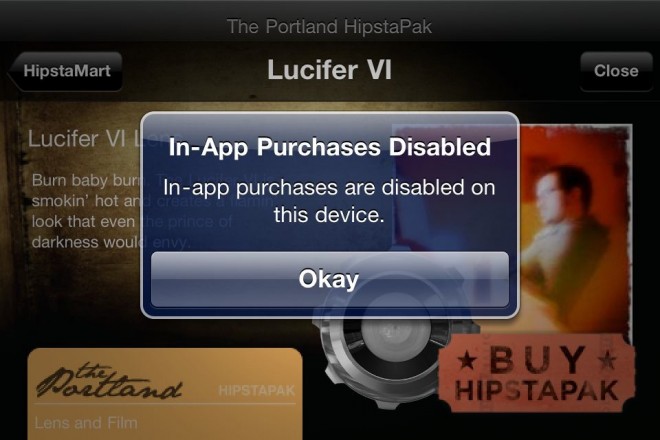 Apple is facing a lawsuit over the ability for some game to do in-app purchases as a Pennsylvania man says this is an “unlawful exploitation” of kids and their parents.

The in-app purchases lawsuit comes as Apple and the App Store have faced some heat for games which appear to target kids and have in-app buys that could be triggered rather easily. To its credit, Apple adjusted how you buy in-game virtual goods to require a password for each transaction but that wasn’t good enough for one man.

These in-app purchases are a key revenue generator for many app makers, as this enables the wonderful world of virtual goods. Just look at how successful Zynga has been while riding the virtual goods hog.

But I suppose there should be some level of responsibility for Apple to ensure that many in-app purchases are actually meant to happen. Parents should also take more control and not just hand over gadgets to soothe kids, too.

Google is just starting to roll out in-app purchases and we’ll see how that pans out.

iOS creeped up on Android in March according to Millenial Media

It's a little funny that Fortune wrote earlier this week about iOS and iPhone market share comparisons with Android, and...