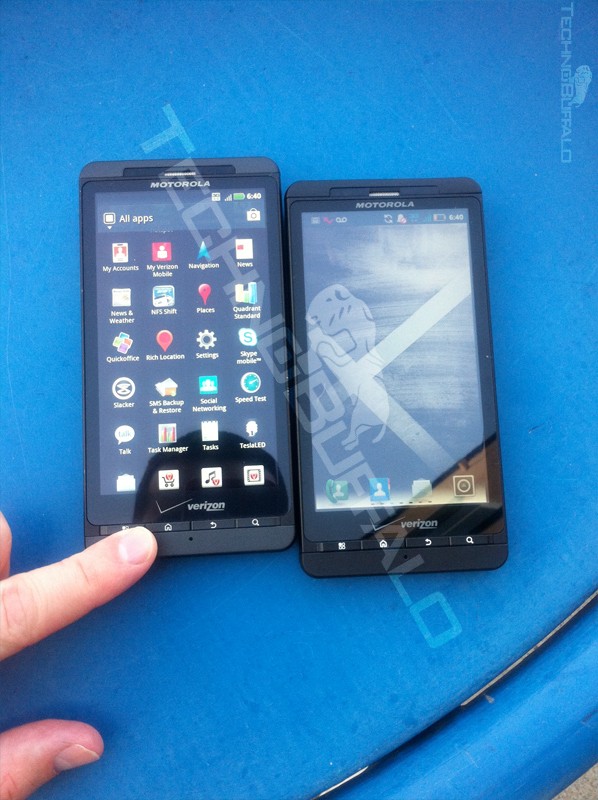 We’ve been hearing a lot about the upcoming Droid X 2 lately, and the powerful new device has just been spotted in the wild. The video below is short and simple, and gives us a quick look at the new handset, as well as some benchmark results from quadrant.

There’s not much difference between the original Droid X and its successor, but the DX2 no longer has the dedicated camera button found on the original. If you’re one to want people to notice you have the latest and greatest smartphone out there, the DX2 won’t give you that kind of satisfaction. That said, we still love the design of the handset, and couldn’t tell you what what Motorola could do to produce a nicer handset. The design isn’t for those looking for a sexy and slim device, but the DX sequel is still very thin, and has an overall nice look to it. The design embodies the “Droid” line in every way, which isn’t meant to be elegant. It’s a machine, and it’ll kick your ass.

The handset is benchmarked in the video, using Quadrant, possibly the most popular application for benchmarks. Sporting a dual-core processor, we weren’t surprised to see that the Droid X 2 scored a high score of 2453. The score is up to par with that of the LG Optimus 2X benchmarks, only furthering the belief that the handset will indeed ship with NVIDIA’s Tegra 2 dual-core processor. Though it does look like it’s been confirmed at this point to the guys at TechnoBuffalo.

The handset that was demoed was running Android 2.2 Froyo, but we still could see the Droid X 2 ship with Android 2.3 Gingerbread when it launches. However, it may remain on Froyo when it debuts, and send the Gingerbread update out at a later date. One thing is for sure, though, and that’s that the Droid X 2 will be shipping with the latest version of Motorola’s custom user interface, MotoBlur.. Cool?

While there’s no definitive date for the handset’s launch, we could see the thing hit Verizon sometime in mid-May.

Google: We succeed when the iPhone succeeds

You may think that Google has some beefs with the Apple iPhone because it wants Android to rule the world....