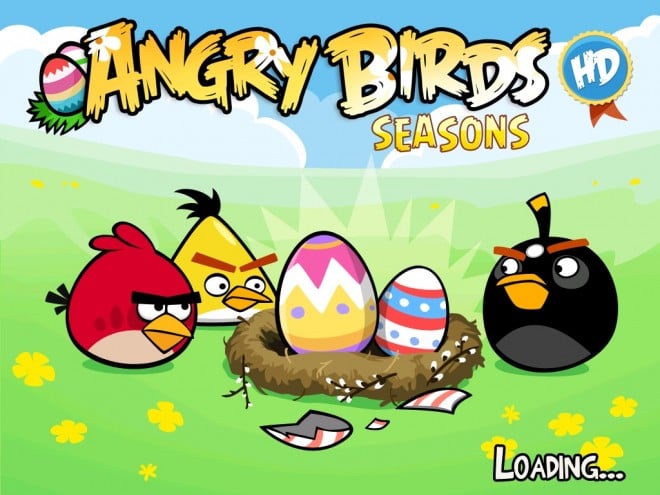 The Angry Birds Seasons app has just received an Easter update and the one question I have is: will you be able to hurl these things at the Easter Bunny itself?

You should know what to expect from the Angry Birds Seasons Easter update, as you get a ton of new levels and, from the brief time I saw this, those bad pigs will be dressed in quasi-bunny costumers.

For those of you who aren’t on the Angry Birds phenomenon, the loose story is based around some dastardly pigs stealing these birds’ eggs and so you must fling the fowl at some pigs in fortresses. It sounds like a simple and somewhat weird idea but this has been a massive success and the latest version, Rio, was downloaded 10 million times in 10 days.

This Easter update is just part of Rovio’s business philosophy of continually updating its games. A user may have paid 99 cents for the original version of Seasons but they now have have hundreds of new levels added for free over the last few months.

Rovio is actually not some one-hit wonder, as it had over 40 mobile games on the market before Angry Birds hit it big. The company has been able to smartly capitalize on this success by creating movie tie-ins, plush dolls, moving to nearly every single platform and potentially inking a deal for an animated TV series. The company just took on $42 million in venture funding and it eventually plans an IPO and you know its signature franchise will be a major part of that.

I’ll spend some time with this Easter update and let you know my thoughts in a later post but I must admit that I kind of got bored with Angry Birds and hadn’t played it in months. I then fired up the Rio game a few weeks ago and was sucked back in.

Google Translate is a modern marvel, seamlessly taking snippets of text, or even complete websites, and translating them in milliseconds...