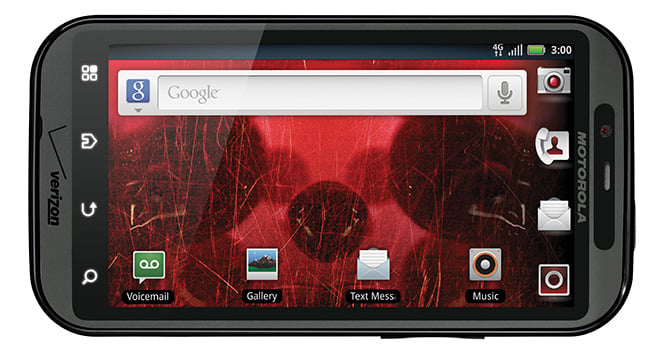 Recent rumors have indicated that the upcoming Motorola Droid Bionic for Verizon had been canceled, but it turns out that the powerful handset may have just been delayed. We can now expect this beast of a phone to land sometime in the 3rd quarter of this year instead of the second quarter.

While the competition will be rather stiff in the coming months, the Droid Bionic will likely still be a winner when it debuts. This powerhouse of a phone sports a 4.3 inch qHD display, NVIDIA’s Tegra 2 dual-core processor, 8 megapixel camera with dual LED flash, front-facing camera for video chat, HDMI port, and support for Verizon’s 4G/LTE network, allowing the handset to achieve some blazing fast speeds on the go.

Though they won’t tell you, the Bionic is skinned with Motoblur, but not like you’d expect. It looks fairly similar to stock Android. But, after playing around with the device for a while, Motoblur components are found here and there – everything from icons to the Motorola widgets we’ve come to love on other Motoblur devices. Another thing to consider is that the Bionic is very chunky. It’s definitely thicker than many handsets that pack a similar punch, and may be a turn off for some potential buyers.

A spokeswoman from Motorola had this to say about the Bionic’s status,

“Based on compelling feedback since the show, we are incorporating several enhancements to make this an even better consumer experience,”

So whether the statement is indeed the reasoning behind the delay is up for debate, but we certainly won’t complain about extra enhancements. Hopefully one of these enhancements will include the Bionic getting the bump up to Android 2.3.3 Gingerbread. While this would certainly make the device more appealing to some, we do know that the Thunderbolt is also set to get the Gingerbread update sometime in the summer as well, so Motorola’s efforts may not pack the punch it was hoping for.

Whatever the case may be, it’s good to hear that the handset has not been canceled, but delayed. To miss out on a great option like the Droid Bionic would be a sad day, indeed.

T-Mobile may have grabbed one of the best smartphones available today with the G2x. Essentially the LG Optimus 2X, but...