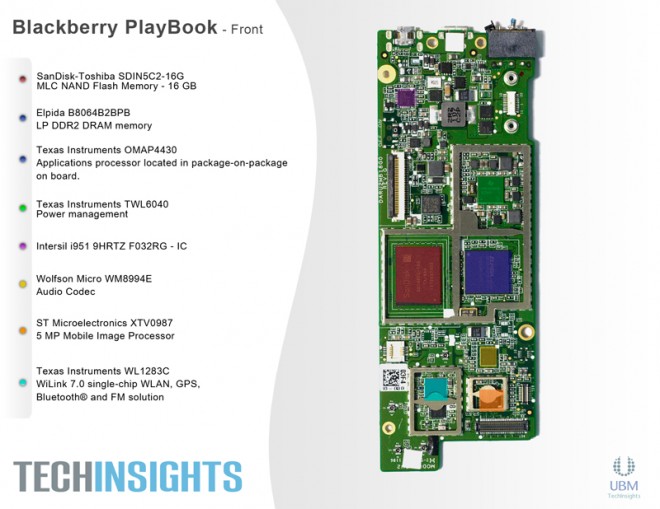 Following up on the BlackBerry PlayBook teardown from this morning, an Ottawa company has not only done their own disassembly, but also tallied up how much all of the parts cost. According to their bill of materials, the 16 GB version costs $190, the 32 GB version costs $205, and the 64 GB model $235. Before crying foul that you’re paying $499 for the base PlayBook, keep in mind that it’s not taking into consideration labour, transport, R&D, and retail costs. Of course, it does offer a bit of wriggle room for lowering prices in the long term. By comparison, these guys pegged the iPad 2’s bill of materials at $270 and the Motorola Xoom at $278. Here’s the full list… You’ll find a few parts on there that weren’t identified in the iFixIt teardown. 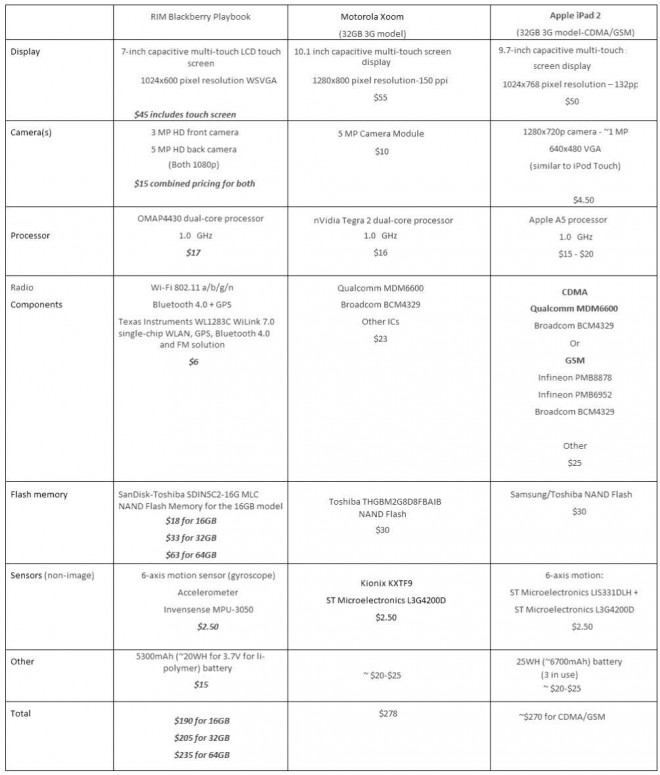 If you’re unfamiliar, the BlackBerry PlayBook is a 7-inch tablet with a 1024 x 600 display, two cameras (3 megapixels and 5 megapixels, both able to record 1080p video), has Wi-Fi, GPS, 3G when tethered to a smartphone via Bluetooth, and either 16 GB, 32 GB, or 64 GB of storage memory. Processing power is respectable, having a dual-core 1 GHz process at its heart, along with 1 GB of RAM. If you’d like the full tour of both hardware and software, check out our BlackBerry PlayBook review over here.