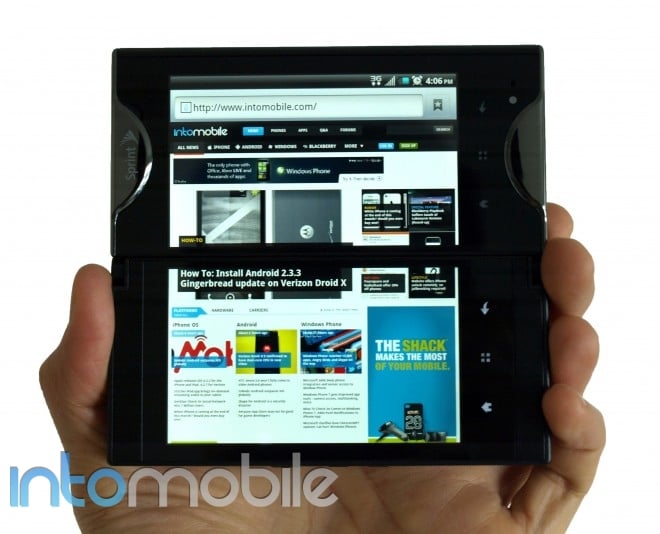 When Sprint first introduced the Kyocera Echo, it brought out the magician David Blaine to introduce the dual-screen Android device. The companies are hoping that the unique form factor will make the device seem like magic.

After playing with the unquestionably unique Kyocera Echo for a week, I believe it’s an ambitious smartphone but I’m not sure if it quite hits that magic mark.

Read on for the full review.

Now available online, in Sprint stores for $199 on a two-year contract. 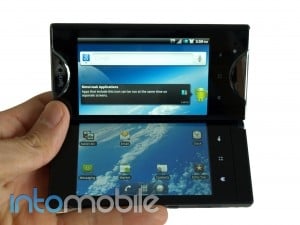 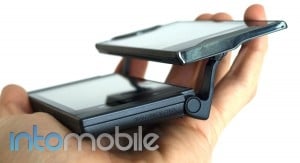 The first thing you notice about the Kyocera Echo is that it has two freaking screens. When it’s in the folded position, the device looks like a standard (albeit bulky) touch-screen smartphone with a 3.5-inch capacitive touchscreen with a 480 x 800 resolution.

The funkiness starts to occur when you pop the screen out to reveal a second 3.5-inch touchscreen underneath with equal resolution. There’s a big hinge which will lock into place when you flip out the screen and you’re then given an almost tablet-like experience with a 4.7-inch combined screen. You can also lock the screens in a laptop-like position which makes the Echo resemble something like the old school HTC Echo.

You have three capacitive Android buttons on each screen and it will default to the underlying screen when you have both screens open. I do kind of miss having the search button on the face but I can get over it.

Inside, you have a 1 GHz Qualcomm SnapDragon processor, 512 MB of RAM, WiFi (no 802.11n support though), Bluetooth 2.1, accelerometer, compass and a 5-megapixel camera with an LED flash. You also have the standard stuff inside like a GPS chip and a 3G radio.

It’s actually a pretty bare device, as all of the ports and volume rockers are on the left spine: volume rocker, standard headphone jack, power/unlock button, microSD and the microUSB port. The microSD slot and the microUSB port are covered with a somewhat flimsy plastic case that I hate. These feel cheap and I’d prefer either exposed ports or a sliding-door mechanism like we’ve seen on the Galaxy S. 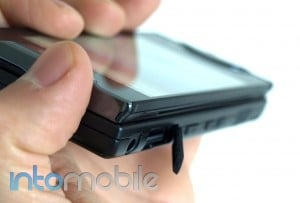 The folks at Kyocera deserve some credit for introducing this unique form factor and there were some times where it really clicked how this could be useful. Let’s say you’re looking at Twitter on one screen and find a cool YouTube app that you can pull up on the other screen. You could also e-mail on one screen while browsing on the other for content.

Unfortunately, the Kyocera Echo doesn’t feel like it’s ready for prime time and sometimes it feels like a prototype that needs a lot more refining.

There are multiple problems with the design of the device that just lead to a bad experience. Some of this is software (more below) but a lot has to do with the physical design of the handset.

First of all, having the two screen means the Kyocera Echo is a major brick. You definitely feel it when it’s in your pocket and if you’re the hipster type, don’t even think about slipping this in your skinny jeans.

This is a problem for me because I like to quickly take my phone out of my pocket and check an e-mail or text. Lugging this huge brick in and out of your pocket is a pain in the rear. The huge hinge on the right spine that makes loud clicks also makes this feel like a cheap device.

These 3.5-inch screens are definitely capacitive but these aren’t very responsive or that good. There’s no pinch-to-zoom on the browser or the gallery and I really missed this.

While it’s an “industry first,” I’m not very fond of using the two screens on a day-to-day basis. I did mention how I could see some uses of the Simul-Task apps but the majority of the time it’s just a gimmick.

One of my issues is that once you have the two screens opened, there’s a big black bar between them from the edges of the bezel. This is an eye sore when you’re trying to pull up an app on both screens and it can actually ruin something like Angry Birds Rio. It’s probably too much to ask for a bezel-less display but having a dividing line between the screens is annoying.

To be fair, I do like the minimal finish on the back, as it reminds me of the Motorola DROID. For being such a bulky phone, it isn’t that heavy and does feel solid in your hand.

Having those two screens can eat up your battery life, so Sprint has been kind enough to include a second battery in the box and this fits into a portable recharger. Cool beans.

Overall, I think the design of the Kyocera Echo is novel and interesting but it needs to be thinner, lighter and it should try and remove the black bar between the screens or at least minimize it. I look forward to future iterations of this (preferably with a dual-core processor) but I sincerely wish this one didn’t get out of the prototype phase.

The Sprint Kyocera Echo comes with Android 2.2 and it’s essentially a stock version that has been customized to fit across the two screens. We’ve gone over Android 2.2 Froyo a bunch of times and it generally does a solid job.

I found my Echo unit to be quite buggy even if I’m only using one screen. The browser would crash on me for no reasons and even the phone app would crash. Buggy stuff. 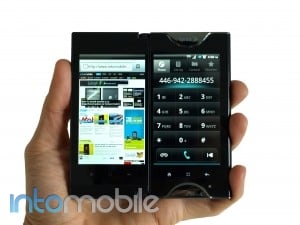 The Kyocera Echo comes with seven apps which can run on each screen separately: Browser, contacts, e-mail, Gallery, Messaging, Phone and VueQue (an app to watch YouTube videos). These have some interesting use cases and I’ll be happy to see more apps take advantage of this feature through the Kyocera developer program.

As for the standard apps, you can enable the “Tablet Mode” extension to make standard apps stretch across both screens. This can be very hit or miss.

If you’re using the Gmail app, it’s nice to have one screen dedicated entirely to the keyboard (Swype comes preloaded). This gives you much more space to craft your messages. It also comes with The Sims 3 and having both screens actually makes this a usable and pleasant experience.

Many apps won’t even scale to fit both screens, as the Twitter and Facebook apps will just leave you with one fully blank screen. That could be fixed with a few lines of code but I don’t know how high a priority this is for the Facebooks and Twitters of the world.

The Google Maps app will fill up both screens but that bar in the middle gets in the way of what you’re trying to look at. In general, I’ve found that the two screens are novel for apps but not essential for 90 percent of them.

We put the Kyocera Echo through a few benchmarking programs which we run on every Android phone we see. The 1 GHz SnapDragon processor isn’t a slouch by any means but in the era of dual-core devices like the Motorola Atrix. We ran each app three times and give you the average score.

These are solid benchmarks but nothing close to the top-of-the-market devices like the T-Mobile G2x. 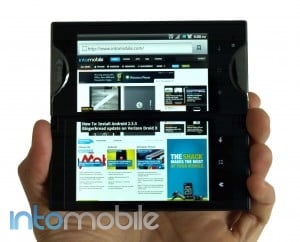 The Sprint Kyocera Echo comes with your standard Android browser that’s found in 2.2 Froyo but I found it to be a buggy mess. It would crash for no real reason. Having the second screen can come in handy if you’re holding it landscape mode and one screen turns into your keyboard but holding it in portrait mode with two screens is kind of useless. I do like having two windows for separate browsers though.

It’s your standard Android story here: it will handle your music and videos but it’s not as polished as the built-in iPod on the iPhone. Let’s hope the next version of the Music player lands on this device soon enough.

One really cool thing that takes advantage of the two screens is the ViewQue app. This lets you watch a YouTube video on one screen while setting up your que on the bottom. It’s a neat way to check out your videos on the phone and I hope more apps utilize the two screens in this manner. 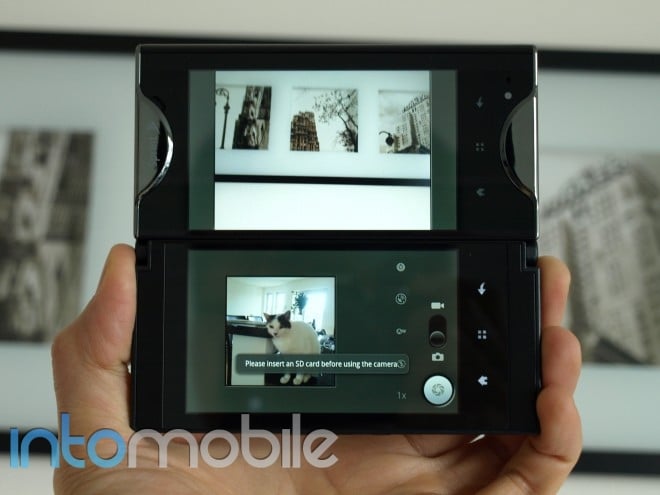 The camera also smartly takes advantage of the two screens but some issues keep it from being a good camera replacement. The Sprint Kyocera Echo has a 5-megapixel shooter with an LED flash and when you have both screens in use, one can be sued for the viewfinder while the other can be used to take the pics, view your just-taken shot and adjust your settings.

While it’s neat, the camera itself isn’t that good. Pictures aren’t as crisp as I would like from a lens of this megapixel count and photos didn’t turn out as well as older phones with the same amount of megapixels like the iPhone 4 or the Galaxy S.

I also had an issue with the way the Gallery functions when both screens are out, as videos will pop up in the middle of the two screens and that black bar between the screens is right in the video you’re looking out. Add in the lack of pinch-to-zoom and this is not a great photo-viewing experience. 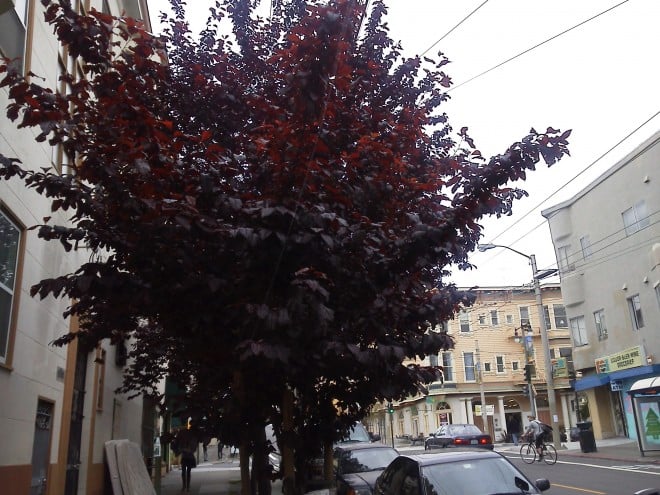 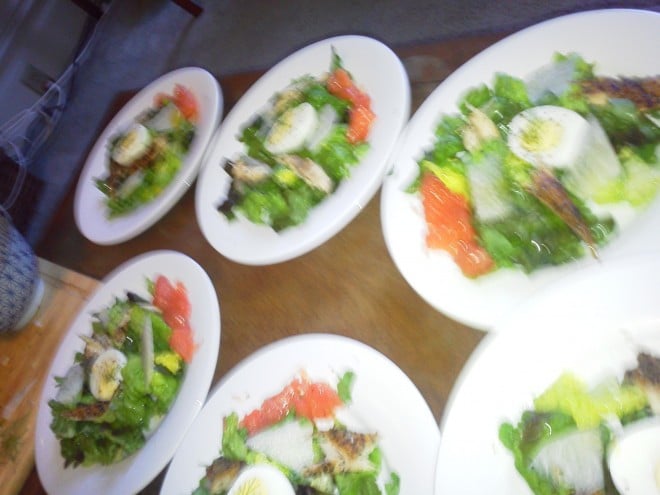 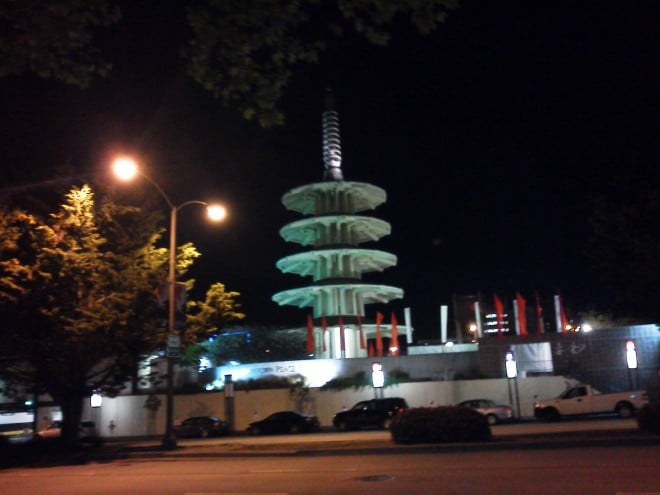 The 5-megapixel can also do 720p HD video. It’s kind of weird the hold the device with both screens open and record video but I don’t think the final product is too bad. Image stabilization is pretty bad when you’re moving but I’ve seen worse.

The Sprint Kyocera Echo has been absolutely awful for me on voice calls. Calls sounded full of static, my voice barely came through and people had a hard time hearing me. I had a conference call that I tried to take with the device and it was a nightmare. I switched to the Dell Venue Pro and it was crisp and clear. The Echo’s phone was garbage for me.

With the two screens and the extra battery that comes in the box, I was afraid that the battery life would be as bad as the call quality. I was pleasantly surprised to find that the battery life is solid – you can get about 6-7 hours with moderate usage on a full charge. That’s not the greatest but it’s about what you can expect from a modern smartphone.

The Sprint 3G network was nice to me in the San Francisco Bay Area, as I received consistent 3G coverage. I would have loved for there to be some 4G WiMax 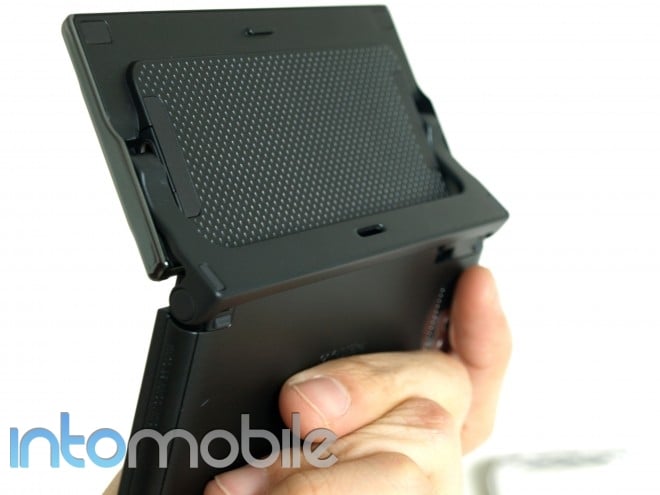 I have to give Kyocera some credit for taking some risks with the design and I do think that there could be something to having two screens. I’m drooling at the idea of an Echo that’s much thinner, has 4G, a dual-core processor and multiple apps to take advantage of the two screens.

As it stands today though, there is no reason to buy the Sprint Kyocera Echo unless you want to have a novel phone on your shelf in 10 years. The bulky design, buggy software, and horrible call quality make this a very unpleasant experience.

Go to a Sprint store, play with it for 10 minutes and then get something better.

The T-Mobile G2X is easily one of the best phones you can grab in the US right now. It's simple...