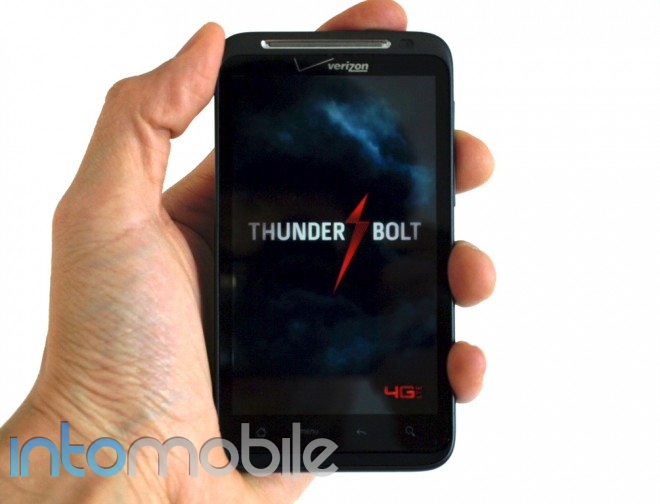 If you were thinking about picking up the HTC Thunderbolt but were scared off by the price tag, you’ll be happy to know that Amazon is offering the first 4G LTE smartphone for $129 starting tonight at midnight (PST).

Amazon will be running the deal until next Monday and you’ll be able to get the device for $129.99 with a new, two-year contract. That’s actually quite a deal for such a nice device.

If you’re not convinced that it’s a good phone, check out our review of the HTC Thunderbolt:

For us, the Thunderbolt is one helluva smartphone.

Don’t let anyone fool you into thinking that the single-core processor is only half as fast as dual-core offerings. The Snapdragon SoC might not have a dual-core processor, but it holds its own against hardware boasting two processor cores. We never had any issue with the phone slowing down or lagging. Benchmarks tell one story, but they’re not the end all be all for real world performance.

The huge display is par for high-end smartphones these days, and the Thunderbolt’s 4.3-inch Super LCD lives up to the task of making the handset feel like every bit the high-end piece of kit that it is. Add in the revised kickstand that allows you to prop up the phone in landscape or portrait orientation, and you’ve got the makings of a multimedia powerhouse.

Of course, I like to warn people that the initial price of a phone doesn’t matter much because you’ll be paying thousands of dollars over the course of the two-year contract. Remember, Verizon no longer offers one-year contracts.

Still, if you were thinking about buying the HTC Thunderbolt anyways, you might as well hop over to Amazon and get the discount.

Any of you going to take Amazon up on this offer? Let us know how your experience is in the comments.

[Update: We know you all have been patiently waiting for an update on this contest, but up until now, we've...