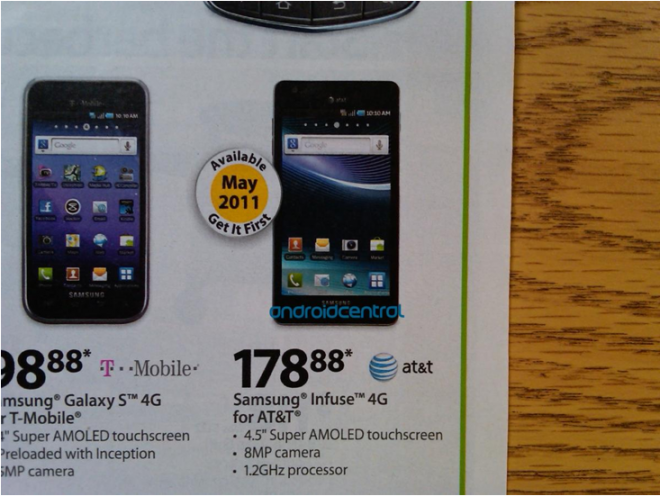 The Samsung Infuse 4G – and it really makes me cringe to call any AT&T phones “4G” – is going to hit Walmart for the totally arbitrary price of $178.88. Why not a penny more or less? The massive, 4.5-inch screen smartphone with Android has flown mostly under the radar where devices like the Atrix 4G, T-Mobile G2x and the HTC Thunderbolt 4G have stolen the show, but there still might be fans out there. And deals like this one aren’t half bad.

It’s supposed to hit Walmart in May, and it’s probably going to hit AT&T for $199.99, so the savings of a few bucks might be worth it to some. It’s also not a bad phone. We were able to take a quick look at it at CES earlier this year, and our only real concern was whether it would be released far too late. May doesn’t seem all that bad, but at the rate Android handsets are being churned out, the sooner the better.

Google may use Spotify to power Android Music service

Hot off the news that Apple has just polished off its cloud music service, Google is reportedly in talk with...