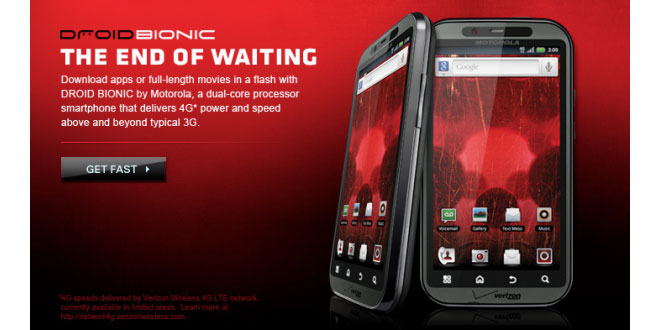 Motorola is slowly removing references to the Droid Bionic from its website. The Android handset was expected to debut on May 13th, but Motorola reportedly delayed its release until the summer. Rumors suggest the manufacturer was working on some “enhancements” to improve the handset before its official launch. Rather than keep the Droid Bionic in the spotlight on it’s website, the manufacturer has begun to remove references  from the handset, including the handset’s landing page. While some images remain, the original link to the handset (found here) now leads to a generic mobile phone page.

The Bionic promised to be Motorola’s flagship Android handset for Verizon when it was announced earlier this year. The Android offering included a 1.0 GHz dual-core Tegra 2 processor, 512MB of RAM, 4.3-inch qHD display, 8-megapixel rear-facing camera, HDMI out at 1080P, WiFi, GPS, Bluetooth, and 4G LTE connectivity. I hope  Motorola know what it is doing and uses these enhancements to take an excellent Android handset on paper and make it even better.

A company called iStartApp is working on a new app called FileXChange that will make file transfer between different platforms...