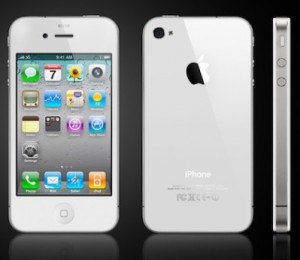 When the iPhone 4 was launched last year, the white version of the Apple smartphone was noticeably absent. Apple said it would be released a bit later, but with each delay came a flood of rumors as to why the fairer version of the iPhone wasn’t out yet. Everything from light and transparency issues to sensors and “the right kind of white” made headlines. Many believed it would never come, even though Apple said several months ago that it would arrive in spring 2011, and those who waited for it gave in and bought the black version.

Recently, both Steve Jobs and Phil Schiller said in an interview that making the white iPhone 4 was a bigger technical challenge than they thought. All Things D reports:

“It was challenging,” Apple senior vice president Phil Schiller said during a joint interview with CEO Steve Jobs on Wednesday. “It’s not as simple as making something white. There’s a lot more that goes into both the material science of it–how it holds up over time…but also in how it all works with the sensors.”

So it wasn’t just how the color worked with the phone’s sensors, but also how the quality holds up over time — love or hate it, Apple does put a great deal of care in terms of materials and build quality with its devices. If it would have launched the white version prematurely, masses of users would’ve undoubtedly caused headlines with yellowing iPhones and other conspiracies.

Schiller said that it turned out there were a lot of unexpected interactions between the color of the device and various internal components. Also, like fair-skinned humans, white iPhones need a little more UV protection from the sun.

“We thought we were there a year ago, or less than that, when we launched the iPhone 4, and we weren’t,” Schiller said. By waiting, he said that the company was able to deliver a product that will live up to expectations.

The white iPhone 4 will be released this week, presumably problem-free and reliably ready for use, so if you’ve waited this long, I’m sure you can breathe a huge sigh of relief.