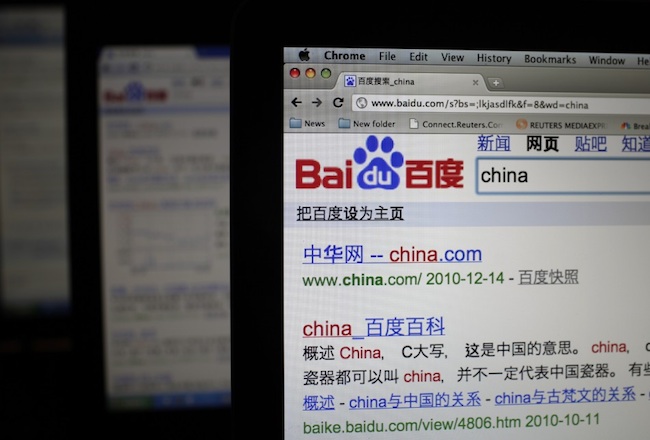 When Google announced Android one of the things many internet analysts took note of was how their new mobile platform gave the search engine firm a huge leg up in terms of mobile search engine market share. Turn an Android handset on and the first thing you typically see is a widget that lets you perform a Google search either by typing or speaking. In America Verizon launched an Android device or two with Microsoft’s Bing set as the default search engine instead of Google, but people just didn’t buy them. In China it’s a different story. Google doesn’t hold the top spot when it comes to the people’s choice for search, in fact Google has less than 20% market share there. Baidu is the hotshot and it’s why 8 out of every 10 mobile phones running Android sold in China feature their search engine as the default rather than Google’s. Now does this upset Google? Hardly, since they also make money from Google ads that will undoubtedly be on the many websites people are bound to surf to with their mobile phone. It is telling though that Google is so unloved in one of the world’s largest markets.

Open source software is a double edged sword. Android lets anyone with a little know how build a handset, and two Chinese operators even built their own operating system based on Android. Why bother writing a mobile operating system from scratch when you can just take someone else’s code, strip out their services, and throw your own stuff on top? Sure, you don’t get GMail and Google Maps, but just write your own alternatives and most people will likely not be able to tell the difference. This is why Windows Phone still uses the same licensing model that Microsoft has used in the past with Windows Mobile. They want Microsoft apps and services in your face.

Remember Modu? The Israeli company that year after year showed off their concept of making a teeny tiny mobile phone...