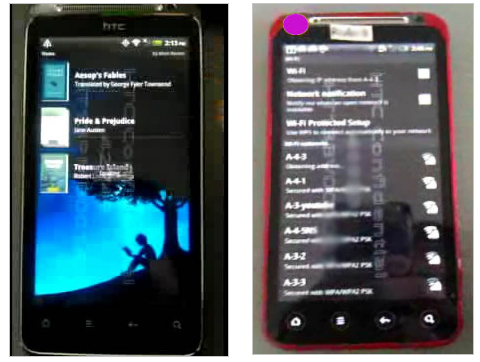 A pair of unannounced HTC smartphones have shown their faces recently . The HTC Kingdom and Rider are pictured above, looking an awful lot like the Incredible S and the EVO 3D. Neither one came with much in the way of specs; there’s a 540 x 960 qHD display for the Kingdom on the left, according to the source. They’re both likely in the 4-inch screen range, but it’s pretty hard to tell at this point. The screenshots aren’t particularly telling, other than the black notification bar is a giveaway that they’re running at least Android 2.3.

This leak follows up on signs of the HTC Doubleshot, which gives us plenty of new Android hardware to look forward to from HTC (even if they just end up being European versions of North American models). We’ll keep an ear out for more specifics as soon as they come up.

Many of us have been waiting for quite some time for the HTC Flyer - a sexy Android tablet that...