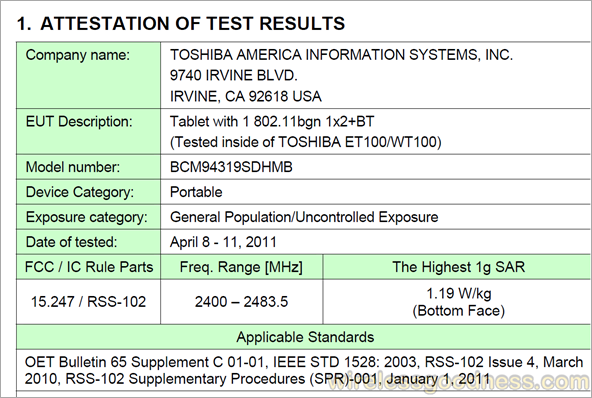 Toshiba is taking its Android tablet plans very seriously – and the few we’ve seen so far aren’t half bad – so it’s good to know that the FCC just approved two Android 3.0 Honeycomb tablets that Toshiba is planning to release. According to the report, the two tablets – the ET100 and WT100 – have just been approved for Wi-Fi and Bluetooth use, and the two models seem identical. Perhaps the differences might be in cellular network radios?

Toshiba is still working on a name for its two tablets, which could be crucial in getting them to stick in people’s minds, but not nearly as important as the hardware specs and build quality:

Not bad for its serious entry into the Android Honeycomb tablet market. The only question is whether it can compete with an Android tablet I loved – the Samsung Galaxy Tab 10.1 that I spent some time with at CTIA 2011 in Orlando, FL. We’ll see!

Over the weekend, G2X users may have been surprised to find that a CyanogenMod 7 nightly build was released for...