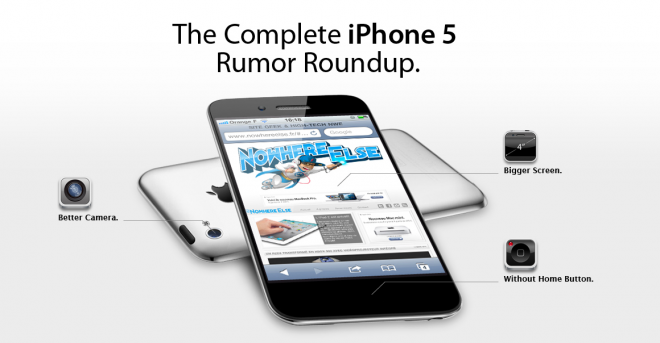 Rumors have been circulating regarding the release date – or at least a release time frame – for the iPhone 5, and they all seem to agree that the next iteration of the iPhone won’t be coming this summer. Initial rumors put the release some time around fall this year, and a few others speculated that it might not become available until next year.

This time around, an AT&T customer care representative seems to have knowledge of the situation as the carrier and its reps have been informed of the matter directly by Apple:

Apple has informed us that they do not plan to release the iPhone in the June to July timeframe, though there will be a newer version in the future. Unfortunately, we have not been given a release time for the new phone. We will release this information on our website when it is available to us.

That was a response given to an AT&T customer who decided to contact AT&T regarding the push of his upgrade eligibility date five months further than the original date. What an AT&T customer care rep would know about iPhone 5 launch details, I have no idea. I’m a bit skeptical of this because customer care representatives are usually last to know anything. When it comes to Apple’s plans, there is really only one way to find out about them — wait.

If Apple plans on announcing anything regarding an iPhone 5 launch this summer, we’d expect it to happen a month from now at WWDC 2011. I’d say it’s a pretty good gauge as to whether the device will launch this summer, or perhaps Apple will drop the news that it’s holding off until fall or next year. Who knows. But with WWDC just a few short weeks away, I’d expect rumors to continue mounting until then.

Gigwalk iPhone app lets you pay people to do gigs

The Gigwalk iPhone app just hit beta today and it allows companies big and small to create a mobile workforce...