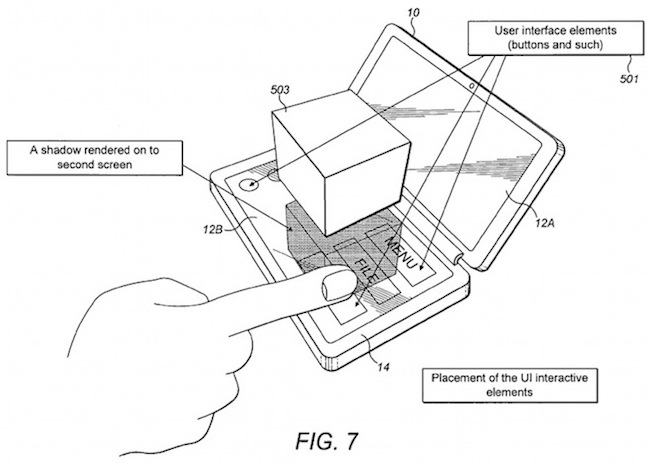 In a new Nokia patent discovered by Unwired View, it appears that the Finnish handset maker is planning to release not only a dual screen mobile phone at some point in the future, but that one of those two screens will be 3D enabled. The question you may be thinking to yourself is why? The patent says that while 2D displays are fine and dandy, with 3D users will be able to interact with data in new ways. There’s a problem with 3D though, and that’s a limited field of view and potentially fuzzy images. In order to fix this Nokia is insisting that two front facing cameras be used to track a user, one captures your face, the other your pupils, and then use those two points of reference to compute how to best draw a 3D object using the 3D screen. Then, instead of making the user interface 3D as well, you can have a regular 2D display handle that, which is also touch sensitive, and it’ll even enhance the 3D image by drawing shadows and other such optical illusions to make objects really stand out. 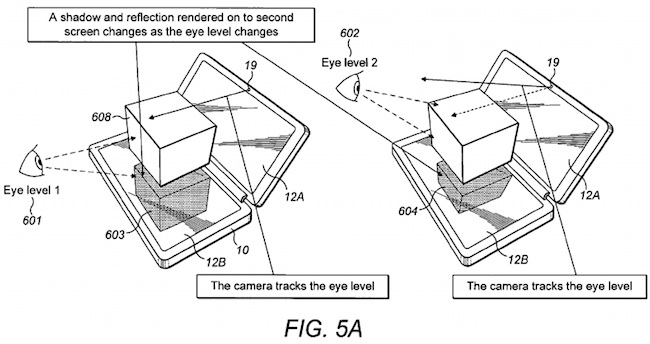 How long until we see something like this inside a mobile phone? If we had to make an honest guess, we’d say by 2015. There are already devices coming out this year with 3D displays, and there’s already one handset on the market with two screens, now all you need is a pair of front facing cameras, more processing power than you can shake a stick at, and some talented designers to make a UI that’s not just bling for the sake of bling, but actually useful. Oh and then there’s the battery issue. Two screens is going to eat up a lot of juice, so expect the first handsets to utilize this sort of technology to be nothing more than demos that last a few short hours.

[More pictures in this PDF file]

AT&T and Verizon blocking access to tethering apps for Android

This can't be terribly surprising to hear, but AT&T and Verizon look to be blocking users from downloading free tethering...