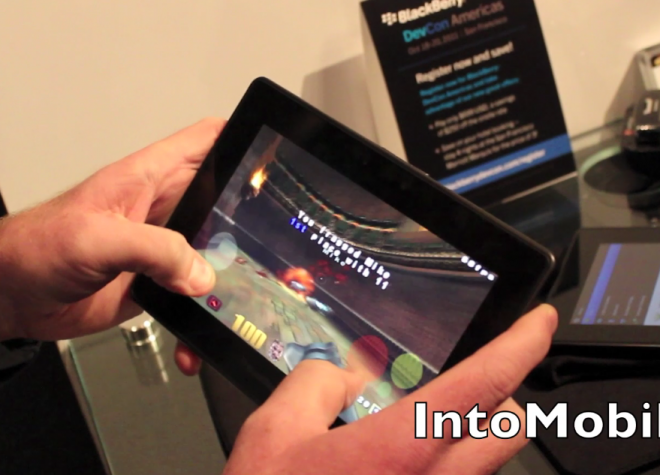 The clever guys at RIM-owned The Astonishing Tribe have ported the open-source first-gen Quake game to the BlackBerry PlayBook, and have the game running in multiplayer across three tablets. One device acted as the server, and all three could handle laser beams, explosions, and gibby body parts all while maintaining 60 frames per second. RIM had shown the PlayBook running Quake earlier simply as a 3D modeling demonstration, but now that full controls have been implemented, we can get a much better sense of the PlayBook’s gaming capabilities.

On top of the tech demo, RIM also announced Unity tools would be available for the BlackBerry PlayBook, enabling established game developers who are comfortable with the environment. Though RIM is labelling the PlayBook as an enterprise product, it’s very quickly showing promise in the consumer scene. Although Quake might not ever make it to App World, it’s very easy to imagine any first-person shooter, like N.O.V.A., to make find a home there.

TAT has also been doing a lot of stuff with the native software development kit which we’ll cover more tomorrow. The NDK is where game developers will have all of their options available to them (even if they’re working within a larger framework like Unity).