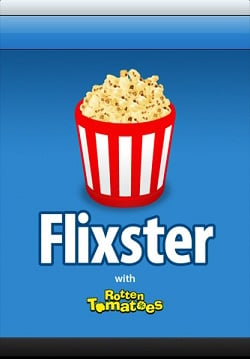 Warner Bros said it will purchase the makers of the popular Flixster app and the deal will also include popular web properties like Rotten Tomatoes and Flixster’s online presence. The two sites will remain independent, Warner Bros said.

If you’ve never checked out the Flixster app, you should if you have any interest in movies. It’s a great way to search for theaters around you, read reviews and purchase some tickets for that big movie you’ve been waiting for (I’m going to see Thor this Friday, I don’t care how bad it looks).

While I still give Fandango the edge for my mobile movie needs because it’s connected with more theaters that I go to often, the Flixster app for various platforms is pretty darn good.

“Driving the growth of digital ownership is a central, strategic focus for Warner Bros,” said Kevin Tsujihara, president of Warner Bros Home Entertainment Group, in a prepared statement. “The acquisition of Flixster will allow us to advance that strategy and promote initiatives that will help grow digital ownership.”

You can be sure that the traction of the Flixster mobile apps played a large role in this acquisition because the company knows how big of a role smartphones and tablets will play in the future of content consumption. Warner Bros has made a few interesting moves in the mobile space lately, as it has also released movies as apps on iOS and Windows Phone 7.

I don’t expect the move to disrupt the apps much in the short term, as I believe Warner Bros when it says these companies will run independently. Don’t be surprised to see digital rentals or purchases to soon be available through these apps though.

What do you think about this move? Is it smart by Warner Bros? Are you going to miss a truly independent Flixster?

Nokia chairman will step down next year

Nokia chairman Jorma Ollila said he will be leaving the company next year and this marks the end of an...