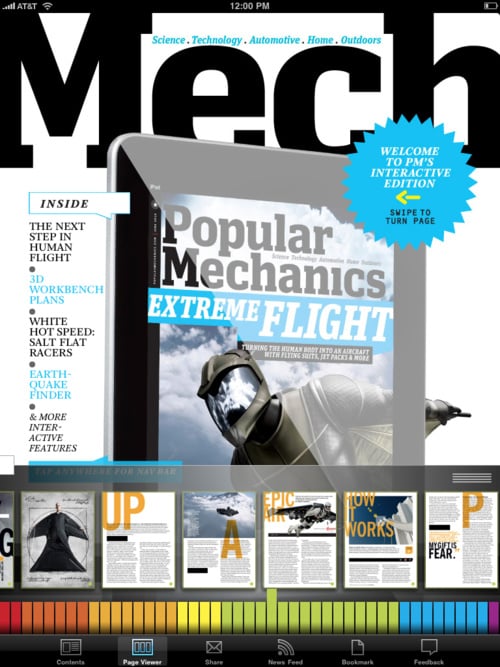 Earlier this week we reported that Apple had reached a special agreement with Time Inc. that enabled subscribers to the print editions of Sports Illustrated, Time, and Fortune to access the iPad versions of those respective magazines for free. Today we’re happy to report that Apple has also agreed to enter into an agreement with Hearst, another one of America’s major magazine publishing houses, to offer Esquire, Popular Mechanics and O, The Oprah Magazine to iPad owners via the iTunes subscription billing method for just $2 per month or $20 per year per magazine. This is news because a spokesperson for Hearst said “we came to a fair and equitable deal” with Apple, hinting that they received special treatment and are probably side stepping the current 70%/30% revenue sharing that everyone else has to agree to if they want to offer their customers subscription pricing.

Make no mistake about it, Apple is making money hand over fist with the iPad, hell they can’t even make enough of them to feed the demand, but in order for their tablet, and the tablet market in general, to become more popular it needs content. The companies that make content however have not exactly been lukewarm to the terms and conditions that Apple has thrust upon them, so they’ve made some pretty terrible decisions such as selling single issues of magazines for the same price that they go for on the newsstand. In the digital age that doesn’t make sense, but like all technical matters today it’s not a question of “can we do it?”, instead it’s about the business side of things that impede progress from being made. It’s about time Apple tweaked their revenue sharing forumla and admit that making applications is one thing, but creating media is an entirely different beast all together and should thus be treated as such.

Handsets makers strongly believe in something called segmentation, meaning that they come up with a list of imaginary people who...