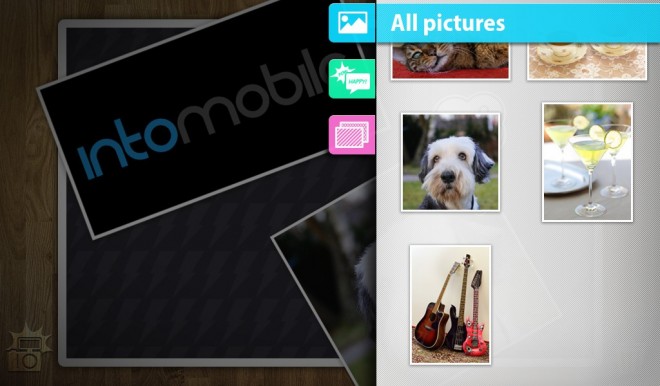 Back at Mobile World Congress, RIM’s new Sweden arm, The Astonishing Tribe, showed us a few apps that demonstrated the graphical capabilities of the BlackBerry PlayBook tablet. One of them, though not exactly pushing the 3D boundaries of the device, did show what some simple imagination could accomplish. Scrapbook let you take locally stored images and apply cartoony graphics (thought bubbles, googly-eyed animals) and backgrounds. During BlackBerry World this week, RIM released the app proper to download for free in App World, which is great news since it was looking like it was just going to be a proof of concept prior to the PlayBook’s launch.

Although the app is (if nothing else) cute, the best part of Scrapbook is that it’s proof TAT will be releasing proper apps and not just making tech demos for RIM. This was confirmed in our time with the guys at BlackBerry World, where they were showing off a few other upcoming apps like Horizon contacts, a news app, and the latest mind-blowing innovations in beard-pulling technology.

Those of you with a PlayBook can find Scrapbook in the BlackBerry App World over here. Firefly, the media browser shown at MWC, should be coming soon.

As a part of the announcement of the BlackBerry Bold 9900 this week, RIM showcased a preloaded augmented reality app...