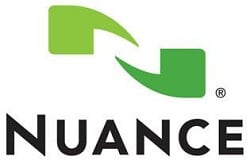 An Apple, Nuance deal would cost in the billions, as some have pegged it at $5-$7 billion and that’s well within Apple’s reach because the company is known to keep loads of cash on hand. According to its successful last quarter, the iPhone company had more than $60 billion in cash.

A deal would be possible but it will likely end with a major partnership between Apple and Nuance. First of all, a multi-billion acquisition isn’t normally what Steve Jobs’ company likes to do, as it prefers to purchase smaller companies and integrate those technologies into its larger structure. Additionally, much of the revenue to Nuance gets is from licensing deals that would either go away or have to be renegotiated if an acquisition ever happened.

More than likely, these talks are about a massive partnership for the next version of iOS because many expect iOS 5.0 to have strong integration with Siri, which relies on Nuance technology. Apple purchased Siri last year and the voice-powered personal assistant was a great way to use your phone to do things like book a table, search for movie tickets and more.

This move could help iOS battle Android on one battleground where Google is definitely ahead. The voice-recognition technology in Android is better than on the iPhone but a baked in, seamless way to do things like book restaurants, find and book movies could be a great thing for iOS 5.0. If nothing else, this would make for some really good ads for the next iPhone.

What kind of voice-recognition technology would you want in the next iPhone?

The Amazon Cloud Player for Android has been an excellent way to get access to your home collection through a...