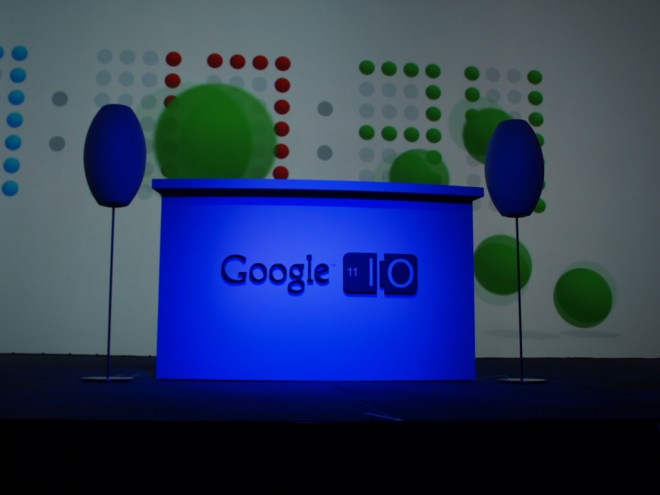 We’re here live at the Google I/O keynote and we’re sure to see a lot of new goodies for Android.

The much-vaunted Google Music service should be launched for Android and this should enable you to have a cloud repository of music that can stream or be downloaded to your device. The reports suggest that no major music label has been signed on but that doesn’t seem to affect the Amazon Cloud Player, so it should be good times for Android users.

We may also get a peak at the next version of Android, as many expect Ice Cream Sandwich to be shown off. This is the version that’s supposed to unify the tablet and smartphone, so it could lead to some cool new tools for developers which should lead to great apps for us.

I wouldn’t be surprised to see a major update to Google TV and this is much needed because the commercial version can best be described as a massive public beta. We’re expecting this to be opened up to the Android Market, so we may seem some useful apps brought to your big-screen television.

The fun thing about Google I/O is that you can’t really predict everything that will happen, so check out the live blog below for up-to-the-minute news on what’s happening with Android. We also want your feedback, so don’t be shy to drop your comments in.

Love 'em or hate 'em, Pomplamoose can really rock the hell out of the covers that they do. Their arrangements...