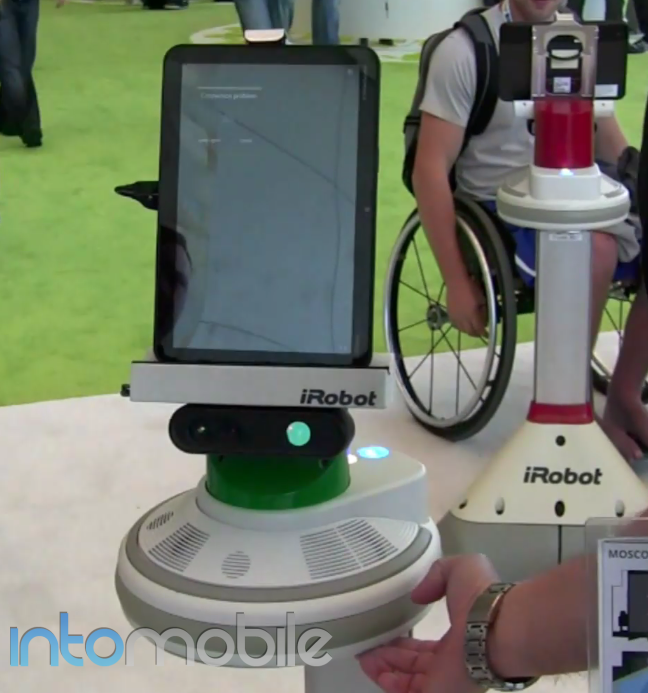 We’re live at Google I/O 2011 and it’s no surprise that the company loves robots, so we thought it would be fun to check out the iRobot booth. These guys and gals are creating autonomous robots that can work with Android tablet apps.

The iRobot bots have all the processing inside to take care of navigation, so Android tablet app makers won’t have to worry about that. The iRobot bot is autonomous and can even sense when it has bumped into a person – in the video below you can see that it will even “blush” when it bumps into you and it will move away.

On the Android tablet app side, developers could make a variety of different programs that could be useful. For example, this could be used in the medical field to help doctors get more information on the go and if you really want to get wild, a rich person could use one of these as a butler and the apps could help you lead a robot-pampered life.

They’re not talking about pricing yet but you can be sure it’s an expensive bot. It’s still quite cool though and it shows us the potential of Android in places I wouldn’t have expected.