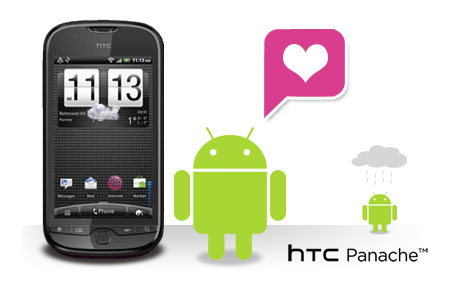 The HSPA+ enabled MyTouch 4G is finding its way north of the border soon, care of Mobilicity. Dubbed the HTC Panache, it keeps the same 3.8-inch display, 5 megapixel camera, universal search hardware key, and clever motion recognition features to help you easily mute incoming calls. OS-wise, it’ll be bumped up to Android 2.3, versus 2.2 on the T-Mobile version. To sweeten the deal, Mobilicity is also throwing in a $100 port-in credit doled out over the first four months of service.

This is a solid addition to Mobilicity’s great lineup, and continues to prove that the young AWS carriers in Canada can be a get some extra use out of devices that would otherwise be stuck exclusively on T-Mobile in the U.S. Compared to Wind Mobile, it looks like Mobilicity is capitalizing on that position a bit better, but plans between the two are still roughly in the same ballpark. While Mobilicity might have a better selection of devices, Wind Mobile has had more time to establish their fledgling network. Luckily, neither one works on contract, and both are on AWS bands, so you could very easily pick up the Panache on Mobilicity and get service on Wind Mobile with after a quick unlock.

No mention of timing, but you can expect the HTC Panache to go for $499.99 off-contract.

HTC Sensation looks to have a locked bootloader

If you like to hack your Android phones, and decided to hold off on the G2X in favor of the...