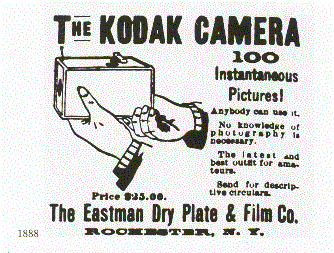 Shortly after Kodak took their camera patent case against RIM and Apple to the International Trade Commission for review, Apple issued a counter-suit which claimed it was actually Kodak infringing on their technologies. The ITC has recently shot down that claim, leaving Kodak to continue hounding the two smartphone manufacturers for upwards of $1 billion in royalties. RIM has also counter-sued, but it’s unclear if that case has been dismissed as well.

The patents in question revolve around image previews, such as the generated thumbnails you might see in the native photo gallery or camera app. LG and Samsung have already been dinged for infringing on this patent. This case has been over a year of legal back-and-forth, but if successful, Kodak wouldn’t only get retroactive royalties, they would also have a locked-down revenue stream for the future. As is, they make $250 – $350 million/year thanks to licensing agreements. Not a bad deal, but obviously less than ideal for Apple and RIM. The final ruling is expected on September 19 barring any further delays, while the ITC is likely to finish their review on May 23.

AT&T would give T-Mobile $6 billion in cash, assets and services if its proposed acquisition doesn't go through. Yesterday we...